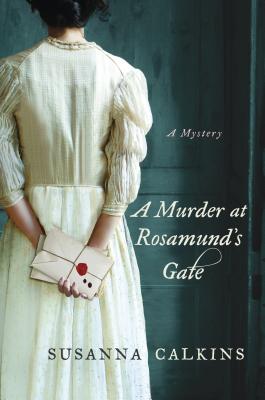 A Murder at Rosamund's Gate

For Lucy Campion, a seventeenth-century English chambermaid serving in the household of the local magistrate, life is an endless repetition of polishing pewter, emptying chamber pots, and dealing with other household chores until a fellow servant is ruthlessly killed, and someone close to Lucy falls under suspicion. Lucy can't believe it, but in a time where the accused are presumed guilty until proven innocent, lawyers aren't permitted to defend their clients, and if the plague doesn't kill the suspect first public executions draw a large crowd of spectators, Lucy knows she may never find out what really happened. Unless, that is, she can uncover the truth herself.


Praise For A Murder at Rosamund's Gate…

“Susanna Calkins makes Restoration England come alive in her terrific debut, A Murder at Rosamund’s Gate.  Murder, romance, and flawless social history combine into a beautifully crafted mystery that captivates until the very last page.”—Stefanie Pintoff, author of In the Shadow of Gotham


“Calkins makes Lucy’s efforts to find the real killer entirely plausible, leading to a nail-biter climax with London in flames. This history-mystery delivers a strong heroine making her way through the social labyrinth of Restoration London.”—Booklist

SUSANNA CALKINS became fascinated with seventeenth century England while pursuing her doctorate in British history and uses her fiction to explore this chaotic period. Originally from Philadelphia, Calkins now lives outside of Chicago with her husband and two sons. "A Murder at Rosamund's Gate" is her first novel.
Loading...
or
Not Currently Available for Direct Purchase