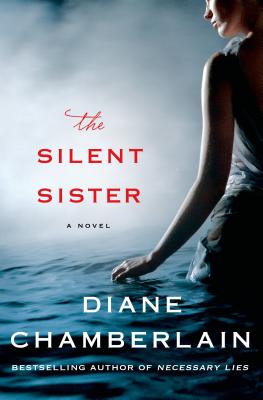 In The Silent Sister, Riley MacPherson has spent her entire life believing that her older sister Lisa committed suicide as a teenager. Now, over twenty years later, her father has passed away and she's in New Bern, North Carolina cleaning out his house when she finds evidence to the contrary. Lisa is alive. Alive and living under a new identity. But why exactly was she on the run all those years ago, and what secrets are being kept now? As Riley works to uncover the truth, her discoveries will put into question everything she thought she knew about her family. Riley must decide what the past means for her present, and what she will do with her newfound reality, in this engrossing mystery from international bestselling author Diane Chamberlain.


Praise For The Silent Sister: A Novel…

“The Silent Sister is a powerful and thrilling novel. This tautly paced and emotionally driven novel will engross Chamberlain's many fans as well as those who read Sandra Brown and Carla Buckley.” —Booklist

“Hard to put down.” —Better Homes and Gardens

“Chamberlain's powerful story is a page-turner to the very end. A must for all mystery lovers and those who like reading about family struggles.” —Library Journal

“…the readers of this tale will be surprised and shocked by the unveiling of a truth that they will never guess up front. Chamberlain has written an excellent novel with well-thought-out plotlines that never lose the suspense lover's interest for one solitary second.” —Suspense Magazine

DIANE CHAMBERLAIN is the bestselling author of more than twenty novels published in over eleven languages. Her books include The First Lie, Her Mother's Shadow, The Good Father, and Kiss River. She lives in North Carolina with her partner, photographer John Pagliuca, and her shelties, Keeper and Cole.
Loading...
or
Not Currently Available for Direct Purchase