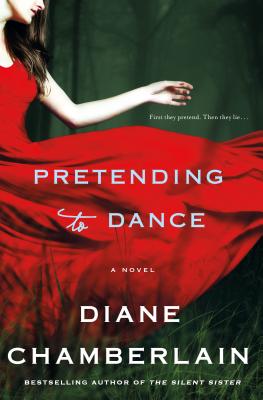 As the questions and background checks come one after another, Molly worries that the truth she's kept hidden about her North Carolina childhood will rise to the surface and destroy not only her chance at adoption, but her marriage as well. She ran away from her family twenty years ago after a shocking event left her devastated and distrustful of those she loved: Her mother, the woman who raised her and who Molly says is dead but is very much alive. Her birth mother, whose mysterious presence raised so many issues. The father she adored, whose death sent her running from the small community of Morrison Ridge.

Told with Diane Chamberlain's compelling prose and gift for deft exploration of the human heart, Pretending to Dance is an exploration of family, lies, and the complexities of both.


Praise For Pretending to Dance: A Novel…

“Pretending to Dance is a multilayered, poignant novel. Chamberlain writes knowledgeably about seeing a family member confront a degenerative illness, the power of therapy, and the hardship of loss. Reminiscent of a Sarah Dessen or Sharon Creech novel, Pretending to Dance proves that a coming-of-age story can happen at any time in your life." —Booklist on Pretending to Dance

"A book rich in relatable characters and moving scenes, this stunning tale will linger with readers long after the last page." —RT Book Reviews (4 1/2 stars, Top Pick) on Pretending to Dance

"Very well developed characters who are so real you want to reach out and hug them." —Fiction Addiction on Pretending to Dance

"A gripping story." —Woman and Home on Pretending to Dance

“Diane Chamberlain’s insight as a former social worker and psychotherapist is evident in her writing, adding emotion and depth to complex family dynamics. . . You may need tissues.” —The Eclectic Reader on Pretending to Dance

“This book seamlessly flowed between past and present to create a story that was sad, yet heartwarming and ultimately the story of one girl’s triumphant life.” —Comfy Reading on Pretending to Dance

“Chamberlain has written an excellent novel with well-thought-out plotlines that never lose the suspense lover's interest for one solitary second.” —Suspense Magazine on The Silent Sister

“Chamberlain's powerful story is a page-turner to the very end.” —Library Journal on The Silent Sister

“Hard to put down.” —Better Homes & Gardens on The Silent Sister

“A tense story with plenty of twists...Riley's world gets rocked and the readers' will be too.” —The Parkersburg News and Sentinel on The Silent Sister

“Absorbing and haunting, this should strongly touch Chamberlain's fans and draw those who enjoy Jodi Picoult and Barbara Delinsky.” —Booklist on Necessary Lies

“This engrossing novel digs deep into the moral complexity of a dark period in history and brings it to life.” —Publishers Weekly on Necessary Lies

DIANE CHAMBERLAIN is the bestselling author of more than twenty novels published in over eleven languages. Her books include The First Lie, Her Mother's Shadow, The Good Father, and Kiss River. She lives in North Carolina with her partner, photographer John Pagliuca, and her shelties, Keeper and Cole.
Loading...
or
Not Currently Available for Direct Purchase