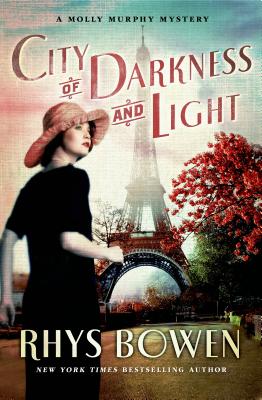 City of Darkness and Light

From the author of In Farleigh Field...

Molly and Daniel Sullivan are settling happily into the new routines of parenthood, but their domestic bliss is shattered the night a gang retaliates against Daniel for making a big arrest. Daniel wants his family safely out of New York City as soon as possible. In shock and grieving, but knowing she needs to protect their infant son Liam, Molly agrees to take him on the long journey to Paris to stay with her friends Sid and Gus, who are studying art in the City of Light.

But upon arriving in Paris, nothing goes as planned. Sid and Gus seem to have vanished into thin air, and Molly's search to figure out what happened to them will lead her through all levels of Parisian society, from extravagant salons to the dingy cafes where starving artists linger over coffee and loud philosophical debates. And when in the course of her search she stumbles across a dead body, Molly, on her own in a foreign country, starts to wonder if she and Liam might be in even more danger in Paris than they had been at home.

As Impressionism gives way to Fauvism and Cubism, and the Dreyfus affair rocks France, Molly races through Paris to outsmart a killer in City of Darkness and Light, Rhys Bowen's most spectacular Molly Murphy novel yet.

“Atmospheric, tightly plotted, heart pounding, this is Bowen at her best.” —Louise Penny

“What could be more fun than a new Molly Murphy adventure? A Molly Murphy book set in Paris's avant-garde art world just after the turn of the century! A beautifully rendered portrait of the city and the period, seen from Molly's eyes as she deals with one of her most challenging cases yet.” —Deborah Crombie