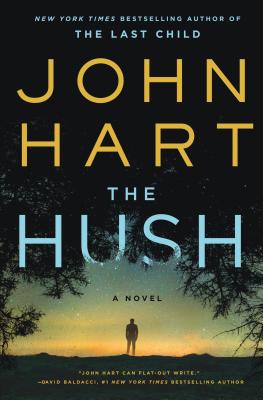 The only writer in history to win consecutive Edgar Awards for Best Novel, New York Times bestselling author John Hart returns to the world of his most beloved novel, The Last Child

Building on the world first seen in The Last Child (“A magnificent creation” —The Washington Post), John Hart delivers a stunning vision of a secret world, rarely seen.

It’s been ten years since the events that changed Johnny Merrimon’s life and rocked his hometown to the core. Since then, Johnny has fought to maintain his privacy, but books have been written of his exploits; the fascination remains. Living alone on six thousand acres of once-sacred land, Johnny’s only connection to normal life is his old friend, Jack. They’re not boys anymore, but the bonds remain. What they shared. What they lost.

“Ambitious and surprising... an engrossing, cumulatively disturbing narrative that encompasses murder, magic, madness, betrayal and obsessive, undying love. The result is unlike anything Hart has done before.” —Washington Post

"[Hart's writing is masterful and his books among the best." —Reviewing the Evidence

"Although I seem never to have time to read, I am a helpless addict when a new book by John Hart is published. I’ve read every one with great pleasure. He’s the only author ever to win Best Novel Edgars back to back, though I wouldn’t have complained if he’d won five in a row.... The Hush is a combination mystery, thriller, psychological suspense, and horror story, all neatly meshed by this master storyteller." —Otto Penzler, Favorite Book of March 2018, The Mysterious Bookshop (New York, NY)

John Hart is the New York Times bestselling author of The King of Lies, Down River, The Last Child, Iron House, Redemption Road, and The Hush. The only author in history to win the Edgar Award for Best Novel consecutively, John has also won the Barry Award, the Southern Independent Bookseller’s Award for Fiction, the Ian Fleming Steel Dagger Award, and the North Carolina Award for Literature. His novels have been translated into thirty languages and can be found in more than seventy countries.
Loading...
or
Not Currently Available for Direct Purchase