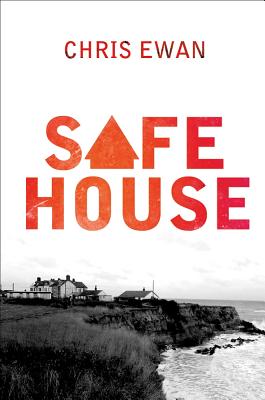 A brilliant thriller from the author of the acclaimed Good Thief's Guide series asks, how can a beautiful woman simply vanish?

When Rob Hale wakes up in a hospital after a motorcycle crash, his first thought is for the gorgeous blonde, Lena, who was on the back of his bike. The doctors and police, however, insist that he was alone at the scene. The shock of the accident must have made him imagine Lena, especially since his description of her resembles his late sister, Laura.

Convinced that Lena is as real as he is, Rob teams up with Rebecca Lewis, a London-based PI who has a mysterious connection to Laura and learns that even a close-knit community like the Isle of Man can hide dangerous secrets that will not stay safe forever.

“Both an emotional story of a family dealing with a tragedy and an action-packed tale of a young man caught up in an elaborate kidnapping.” —Sun Sentinel


"Ewan has...elevated the everyman thriller into a compelling, contemporary read...Safe House is an exciting, well crafted thriller, with flashes of real humour and insight." —SJ Bolton on Safe House

CHRIS EWAN, who lives on the Isle of Man, began his crime-writing career with the "Good Thief's Guide to Amsterdam, " which was called one the "best books for grownups" by "Publishers Weekly" and "AARP The Magazine, " and one of the best thrillers of the year by the "London Times." "The Huffington Post" also named Ewan one of America's favorite British authors.
or
Not Currently Available for Direct Purchase