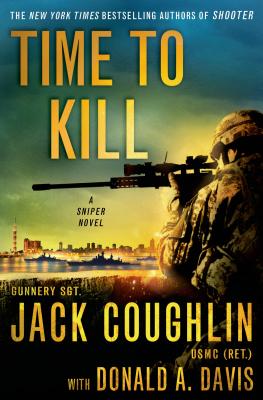 In Jack Coughlin and Donald A. Davis' newest thriller in "The New York Times" bestselling series featuring American sniper Kyle Swanson, the Sphinx, a symbol of Egypt's ancient history and power, is blown up by terrorists. A visit to Cairo by Iran's national soccer team ends in a bloodbath. Egyptian missiles sink an Iranian vessel in the Red Sea. The Muslim Brotherhood is on the march, working behind the scenes to provoke a war between Egypt and its powerful neighbor, Iran-a war that would certainly result in an Iranian victory. What is at stake is nothing less than total control of the Suez Canal through which most of the world's oil flows.

Behind the coup is a sinister double agent called The Pharaoh whose goal is a fanatic Islamic regime on Israel's borders. To avoid a direct military confrontation with Iran, the U.S. turns to master American sniper Kyle Swanson and his team, Trident. Using ruthlessly accurate targeted kills, they go undercover to teach the Iranian leadership a lesson and prevent a war that could strangle the world's oil supply and cause the death of thousands.


Praise For Time to Kill…

“Kyle Swanson returns for his boldest and best adventure yet. . . . Coughlin and Davis’ series only gets better with each installment. Series fans will devour this one, but new readers will enjoy it just as much, as knowledge of prior novels in the series is not required. A great military thriller for anyone with a little time to kill.” —Booklist (starred review)

“The latest Kyle Swanson sniper thriller might be the best yet. . . . Quickly paced and tightly written, this one is a definite winner.” —Booklist on Running the Maze


"A strong and compelling narrative. Coughlin and Davis have concocted another winner that should only encourage a growing readership.” —Booklist on Clean Kill

GUNNERY SERGEANT JACK COUGHLIN was with the Third Battalion, Fourth Marines during the drive to Baghdad and has operated on a wide range of assignments in hotspots around the world. DONALD A. DAVIS is the author of 23 books, including multiple New York Times bestsellers.
Loading...
or
Not Currently Available for Direct Purchase