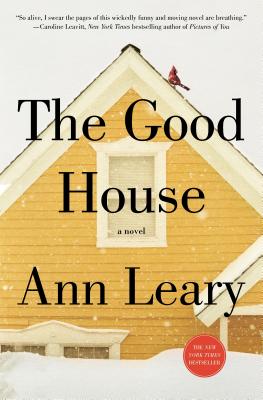 
Praise For The Good House…

Ann Leary is the author of the memoir An Innocent, A Broad and the novel Outtakes From a Marriage. She has written fiction and nonfiction for various magazines and literary publications and is a co-host of the NPR weekly radio show Hash Hags. Ann competes in equestrian sports and is a volunteer EMT. She and her family share their small farm in Connecticut with four dogs, three horses and an angry cat named Sneakers.
Loading...
or
Not Currently Available for Direct Purchase