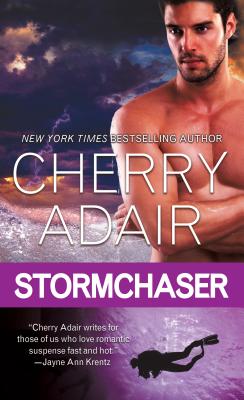 Somewhere off the coast of Greece, a king’s ransom in gold, emeralds, and silver coins lies waiting at the bottom of the sea. Finding this ancient treasure would be a dream come true for marine archeologist Calista West. But that’s not why she’s here. She didn’t climb aboard Jonah Cutter’s magnificent yacht seeking fortune or fame. She’s come for revenge—against the sexiest, most seductive, modern-day pirate she’s ever encountered…

Like his famous half brothers, Jonah is a master of salvaging ships—and driving women mad with his movie-star looks and raw animal magnetism. Tall, dark, and devastating, he manages to make Callie forget her mission. Every moment they share under the hot Mediterranean sun is an erotically-charged adventure neither can resist. But when Callie discovers what he’s really after—the lost city of Atlantis—is it too late to change the course of her heart…or go all in with the lover of her dreams?

The Cutter Cay series is:

"No one does sexy romantic suspense with a paranormal twist like Adair!" —RT Book Reviews (Top Pick!)

"Stormchaser will electrify you with the attraction between Jonah and Callie and the beautiful underwater mysteries. An all around great read!" —Reader to Reader reviews

“Adair leaves readers eager to dive into the next novel in her Cutter Cay series.” —Booklist on Undertow

“Undertow is the beginning of an exciting and witty new series enriched with fun characters and action-packed drama. I literally could not put it down!” —Fresh Fiction

“Adair returns to her romantic suspense roots with an underwater treasure hunt that is thrilling and hazardous! Nonstop action plays off the treachery and danger. When you add in the sensuous sizzle you have the full Adair package.” —Romantic Times (4 stars) on Undertow

“Grips readers and never slows down as the protagonists struggle with perils including to their hearts with every nautical mile they sail. Fast-paced, Cherry Adair opens her Cutter Salvage series with a strong sea saga.” —Genre Go Round Reviews on Undertow

New York Times bestselling author Cherry Adair has carved a niche for herself with her sexy, sassy, fast-paced, action adventure novels which have appeared on numerous bestsellers lists, won dozens of awards and garnered praise from reviewers and fans alike.  She hates first drafts, has a passion for mentoring unpublished writers, and is hard at work on two new series – CUTTER CAY and LODESTONE.
Loading...
or
Not Currently Available for Direct Purchase