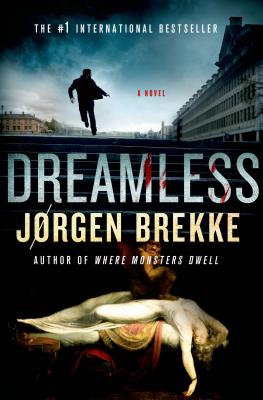 A promising young singer is found dead in a clearing in a forest, gruesomely murdered—her larynx cut out, and an antique music box placed carefully atop her body, playing a mysterious lullaby that sounds familiar, but that no one can quite place. Chief Inspector Odd Singsaker, of the Trondheim Police Department, still recovering from brain surgery, is called in to investigate.

Singsaker, now married to Felicia Stone, the American detective he met while tracking down a serial killer, fears the worst when another young girl, also known for her melodic singing voice, suddenly goes missing while on a walk with her dog one night. As the Trondheim police follow the trail of this deadly killer, it becomes clear that both cases are somehow connected to a centuries-old ballad called "The Golden Peace," written by a mysterious composer called Jon Blund, in the seventeenth century. This lullaby promises the most sound, sweet sleep to the listener—and as time ticks by, the elusive killer seems as if he will stop at nothing to get his hands on this perfect lullaby.

Jorgen Brekke returns at the top of his game in this nonstop thrill ride through place—and time.

“History pulses with life and excitement in this chilling and foreboding read. Jorgen Brekke delivers what thriller readers crave--action, history, secrets, conspiracies, and international settings. Couldn't ask for anything more.” —Steve Berry on Where Monsters Dwell

“With depth of characterization... a narrative pace that's fast but never rushed--and a shattering climax--Brekke creates a novel of startling originality. Discerning readers will find it spellbinding… Quoth the critic, give us more.” —Richmond Times-Dispatch on Where Monsters Dwell

“The buildup to each murder is extraordinarily well done and almost unbearably suspenseful.” —Booklist

“An addictive, suspenseful present-day crime thriller peppered with expertly-researched historic chapters--is it any wonder I loved this book?” —Raymond Khoury, New York Times bestselling author of The Last Templar, on Where Monsters Dwell

“The next Stieg Larsson? Norway's Jorgen Brekke should be in the running, with his original and suspenseful debut novel WHERE MONSTERS DWELL... A killer debut, in every sense of the word, and a book you will want to read in one sitting, preferably not right before bedtime.” —Bookpage on Where Monsters Dwell

“Brekke's big-boned debut thriller, spanning two continents and 500 years, delves into the unholy connections between a pair of monstrous killings in Norway and the U.S…. The sleuths are sympathetic and the atmosphere suitably sinister...Grim and tense.” —Kirkus on Where Monsters Dwell

“It is almost unbelievable that this is Brekke's debut novel. The story moves seamlessly between 16th-century Europe and present-day Virginia and Norway, and the mystery is intricate… as it moves through time and place. Brekke's characters are developed with depth, making readers feel both empathy and sympathy toward them.” —RT Book Reviews (4.5/5 stars) on Where Monsters Dwell

JORGEN BREKKE was born in Horten, Norway. After completing his studies at the Norwegian University of Science and Technology, he settled in Trondheim, where he currently lives with his wife and three children. Brekke taught education for some years, but recently has worked as a freelance journalist. His debut novel, Where Monsters Dwell has been sold to fifteen countries.
Loading...
or
Not Currently Available for Direct Purchase