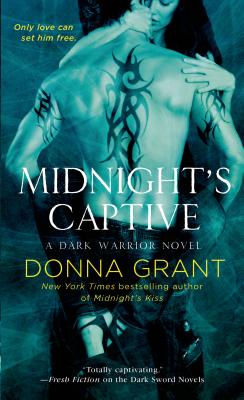 Laura Black knows her boss is a man of many secrets—haunted by some unknowable force, driven by some unspeakable destiny—and yet it makes her crave the devilishly handsome, roguishly charming Charon all the more. When she uncovers a betrayal that will send her into a world of magic, she turns to the only one she trusts: Charon. Even when she's in jeopardy of losing her heart…

Charon Bruce endures a relentless yearning to have Laura for his own, an ache he knows will never be fulfilled. After the town he has protected for centuries is targeted by a ruthless Druid, he has no choice but to reveal his secret to Laura. He must fight the deadliest foe he's ever known if he's to keep her safe. But when Laura is captured by his nemesis, he must choose between winning the battle of good versus evil—or losing the woman he loves…

“4 Feathers! I don't think there is another author who can compare in the extensive worldbuilding that Grant has been able to do in across all her series.” —Under the Covers Book Blog

“5 Stars! For all your Paranormal romance lovers out there who haven't yet discovered or downloaded this FANTASTIC imaginative series then I just don't know what words I can say...this is an action-packed AWESOME series to get into.” —Audible

“4 1/2 Stars! Grant has crafted a chemistry between her wounded alpha and surprisingly capable heroine that will, no doubt, enthrall series fans and newcomers alike.” —RT Book Review