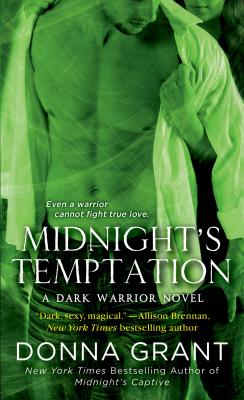 Ever since that fateful night, he can't stop thinking about her. A timeless beauty in a nightclub, she moved across the dance floor like an angel, surrendering to the music—and casting a spell that could only be magic. When Phelan took her in his arms and kissed her, the Highlander knew this was no ordinary woman. This was a Druidess who could fulfill his every desire—or destroy him completely…

She is a mystery—a woman on the run, hunted by two different men. As much as she longs to be captured by the magnificent warrior Phelan, she knows she must resist the temptation. A vengeful evil is stalking her, watching her every move—a madman who will stop at nothing to possess her power. Once, she sold a piece of her soul for magic. Is she willing to risk Phelan's life, and give up her heart…for love?

“4 Feathers! I don't think there is another author who can compare in the extensive worldbuilding that Grant has been able to do in across all her series.” —Under the Covers Book Blog 5 Stars on MIDNIGHT'S CAPTIVE

“For all your Paranormal romance lovers out there who haven't yet discovered or downloaded this FANTASTIC imaginative series then I just don't know what words I can say...this is an action-packed AWESOME series to get into.” —Audible on MIDNIGHT'S CAPTIVE

“4 1/2 Stars! Grant has crafted a chemistry between her wounded alpha and surprisingly capable heroine that will, no doubt, enthrall series fans and newcomers alike.” —RT Book Review on MIDNIGHT'S CAPTIVE