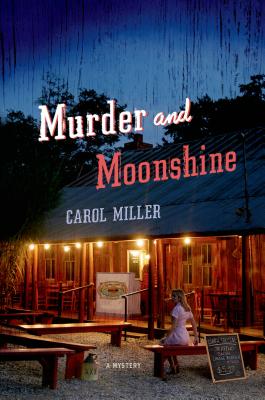 All small towns have secrets---and plenty of them---as every small-town waitress knows. Daisy is no different. A young, recently separated waitress at H & P's Diner in sleepy southwestern Virginia, she hears more than her fair share of neighborhood gossip while serving plates of hash and peach cobbler. But when a reclusive old man shows up at the diner one day, only to drop dead a few minutes later, Daisy quickly learns that some secrets are more dangerous to keep than others---especially when there are money and moonshine involved.

The man's death was suspicious, and no longer sure who she can trust, Daisy turns sleuth while also seeking to protect her sick mother and keeping a handle on Aunt Emily, her goading, trigger-happy landlord. Caught between whiskey and guns, a handsome ATF agent and a moonshine-brewing sweet talker, and a painful past and a dangerous present, Daisy has her work cut out for her. There's trouble brewing in her small town, and before it passes, many secrets will come to light.

Carol Miller makes a memorable debut in Murder and Moonshine, the first of an intriguing new mystery series.

CAROL MILLER was born in Germany and later moved to Chicago. She received a Bachelor of Arts from Northwestern University, followed by a Juris Doctor from Tulane University Law School in New Orleans. She currently lives in southern Virginia. Miller is the author of Moonshine and Murder.

Praise For Murder and Moonshine: A Mystery (Moonshine Mystery Series #1)…

“With an ordinary heroine ensnared in extraordinary events, a colorful rendering of southern Virginia and a terrifying climax, 'Murder and Moonshine' marks the beginning of a potent series.” —The Richmond Times-Dispatch

“Miller's debut amuses but also slices into the heart of a proud region...Easy to read, shot with romance, and full of country aphorisms, this book succeeds both at puzzling and moving readers emotionally.” —Library Journal (starred debut of the month)

“Small-town shenanigans in the Appalachians pit a waitress against a furtive murderer and an even deadlier foe....Daisy is both strong and vulnerable....Miller's debut uses a light touch and a gift for scene painting in its skillful balance of people and puzzle.” —Kirkus Reviews

“Down on her luck but still plenty plucky, Daisy is a sweet southern gal with a loyal heart and a long memory. Readers will enjoy watching the love triangle between Daisy, the local bad boy, and the federal agent unfold.” —Booklist

“[A] lively debut. Miller keeps the tone light in Murder and Moonshine while delivering an incisive look at Southwestern Virginia….Moonshine, land deals, and family grudges are folded into the entertaining plot. Miller elevates her debut with a likable heroine, whose involvement…comes from her personal connection with the land and its people. Murder and Moonshine is long on Southern charm, but doesn't succumb to stereotypes about country life. The characters are a bit eccentric...but they are realistically and thoughtfully explored by Miller.” —Oline H. Cogdill, Mystery Scene Magazine