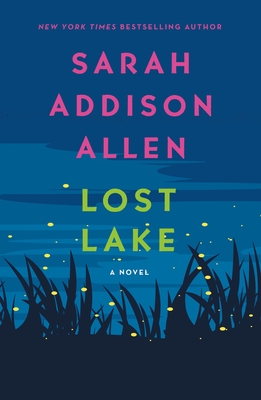 The first time Eby Pim saw Lost Lake, it was on a picture postcard. Just an old photo and a few words on a small square of heavy stock, but when she saw it, she knew she was seeing her future.
That was half a life ago. Now Lost Lake is about to slip into Eby's past. Her husband, George, is long passed. Most of her demanding extended family are gone. All that's left is a once-charming collection of lakeside cabins succumbing to the Southern Georgia heat and damp, and an assortment of faithful misfits drawn back to Lost Lake year after year by their own unspoken dreams and desires. It's not quite enough to keep Eby from calling this her final summer at the lake, and relinquishing Lost Lake to a developer with cash in hand.
Until one last chance at family knocks on her door.
Lost Lake is where Kate Pheris spent her last best summer at the age of twelve, before she learned of loneliness and heartbreak and loss. Now she's all too familiar with those things, but she knows about hope, too, thanks to her resilient daughter, Devin, and her own willingness to start moving forward. Perhaps at Lost Lake her little girl can cling to her own childhood for just a little longer… and maybe Kate herself can rediscover something that slipped through her fingers so long ago.
One after another, people find their way to Lost Lake, looking for something that they weren't sure they needed in the first place: love, closure, a second chance, peace, a mystery solved, a heart mended. Can they find what they need before it's too late?
At once atmospheric and enchanting, Lost Lake shows Sarah Addison Allen at her finest, illuminating the secret longings and the everyday magic that wait to be discovered in the unlikeliest of places.
"Lost Lake is a love note to second chances, hopeful and entrancing, and I couldn't put it down." —Joshilyn Jackson


Praise For Lost Lake: A Novel…

“You will love going to Lost Lake with Sarah Addison Allen and meeting all the fascinating characters who live there. This book is filled with mystery, magic, and wonderful surprises!” —Fannie Flagg

“Lost Lake is a love note to second chances, hopeful and entrancing, and I couldn't put it down.” —Joshilyn Jackson

“This endearing tale just may be Allen's wisest work yet.” —Booklist (starred review)

“Readers will want to release their cares and woes for full immersion in this novel's magical setting.” —Library Journal

“All of the magic of Allen's previous books is present in this latest treasure, a feast of words. The author has the ability to capture the soul of her characters and make them relatable to every reader. This is a story of love, loss, grief, and starting over--it is truly a treat to be savored.” —RT Book Reviews

SARAH ADDISON ALLEN is the New York Times bestselling author of Garden Spells, The Sugar Queen, The Girl Who Chased the Moon, The Peach Keeper, and Lost Lake.  She was born and raised in Asheville, North Carolina.
Loading...
or support indie stores by buying on
(This book is on backorder)