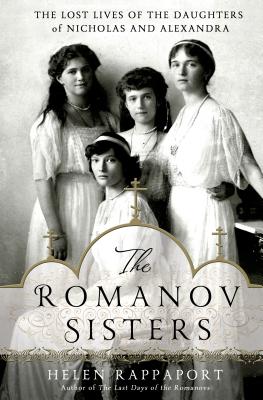 From the New York Times bestselling author of The Last Days of the Romanovs and Caught in the Revolution, The Romanov Sisters reveals the untold stories of the four daughters of Nicholas and Alexandra.

DR. HELEN RAPPAPORT is the New York Times bestselling author of several books, including A Magnificent Obsession, The Romanov Sisters and Caught in the Revolution. She studied Russian Special Studies at Leeds University and is a specialist in Imperial Russian and Victorian history and a frequent historical consultant on TV and radio. She lives in West Dorset.
Loading...
or
Not Currently Available for Direct Purchase