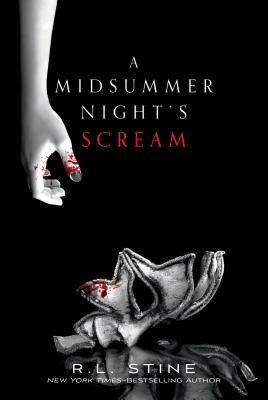 Oh, what fools these actors be!


It was a horror movie that turned into real horror--three young actors lost their lives while the camera rolled. Production stopped, and people claimed that the movie was cursed.

Sixty years later, new actors are venturing onto the haunted set. In a desperate attempt to revive their failing studio, Claire's dad has green-lit a remake of Mayhem Manor—and Claire and her friends are dying to be involved.

At first, Claire laughs at Jake's talk of ghosts and curses. He's been too busy crushing on her best friend Delia to notice that she's practically been throwing herself at him. What does he know? And anyway, this is her big chance to be a star!

When shooting starts, though, the set is plagued by a series of horrible accidents—could history be repeating itself?


Praise For A Midsummer Night's Scream…

“Stine takes the normal anxieties of childhood--in this case, the first day at a new school--and blends exaggerated humor with a few equally exaggerated moments of horror in a fast and goofy romp. Lots of fun for Stine fans.” —Booklist on It's the First Day of School Forever

“As usual, Stine delivers the hilarity and horror that readers love, and his mastery of sustaining mood will not disappoint. . . . Kids will love the twist at the end.” —School Library Journal, starred review on It's the First Day of School Forever

“Stine's signature blend of horror and humor, combined with an unexpected ending, offers a fresh view on a familiar idea.” —ABC New York on It's the First Day of School Forever

“Stine has a freshly terrifying story to tell, and he tells it with gusto, ratcheting up the chills until we're frozen in our chairs. Parents, be warned: this is emphatically not for younger readers.” —Booklist on Red Rain

“It's a page turner until the end, with short chapters that help increase the pace. Stine enjoys himself writing not for kids but about them.” —Associated Press on Red Rain

“With this brilliantly written novel Red Rain, Stine proves that he definitely has it in him to challenge the greats in the thriller/horror genre. . . . Think Dean Koontz, Douglas Preston, Harlan Coben and then amp it up by a hundred!” —MysteryNet.com on Red Rain