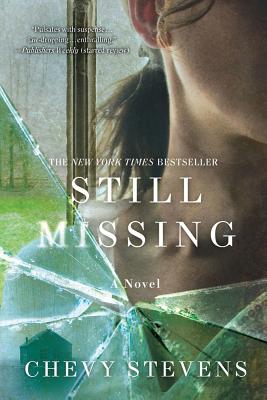 On the day she was abducted, Annie O'Sullivan, a thirty-two year old realtor, had three goals sell a house, forget about a recent argument with her mother, and be on time for dinner with her ever- patient boyfriend. The open house is slow, but when her last visitor pulls up in a van as she's about to leave, Annie thinks it just might be her lucky day after all. Interwoven with the story of the year Annie spent as the captive of psychopath in a remote mountain cabin, which unfolds through sessions with her psychiatrist, is a second narrative recounting events following her escape her struggle to piece her shattered life back together and the ongoing police investigation into the identity of her captor.

“Pulsates with suspense that gets a power boost from the jaw-dropping but credible closing twist” –Publishers Weekly, Starred Review“The ‘what would I do’ aspect of the reading experience may make this a match for some Jodi Picoult readers as well. Highly recommended.” –Library Journal, Starred Review“Sure doesn't read like a first book. In fact, it's a knockout, a psychological thriller that pulls no punches…” –Booklist, Starred Review“Stevens’s blistering debut follows a kidnap victim from her abduction to her escape—and the even more horrifying nightmare that follows… A grueling, gripping demonstration of melodrama’s darker side.” —Kirkus, Starred Review“An astonishingly well-crafted debut novel..." --Karin Slaughter, author of Undone
"Frank, fierce, and sometimes even funny, this is a dark tale pinpricked with light—and told by an unforgettable heroine." – Gillian Flynn, author of Sharp Objects  and Dark Places
"Still Missing is a fast-paced read that is utterly absorbing."--Kathy Reichs, author of Bones to Ashes
"A heart-pounding debut...by equal turns clever and compelling, Still Missing is the not-to-be missed thriller of the year."--Lisa Gardner, New York Times bestselling author of The Neighbor
“Chevy Stevens's Still Missing is a compelling, unputdownable thrill ride of a debut...The twists are so treacherous and unexpected you’ll need a neck brace by the time you finish.” – Linda Castillo, New York Times bestselling author of Sworn To Silence
“While reading Chevy Steven’s thriller Still Missing, I had to remind myself to breathe.  Simply terrifying.” --Erica Spindler, New York Times bestselling author of Breakneck
"Engrossing, terrifying and ultimately full of girl-kick-ass, Still Missing will suck you in from page one."--Chelsea Cain, author of Heartsick, Sweetheart, and Evil At Heart.

Chevy Stevens is the author of Never Knowing. Before becoming a writer, she worked as a realtor. When she held open houses, she had a lot of time waiting by herself between potential buyers, and Stevens would spend this time scaring herself with all the things that could happen to her. The most terrifying scenario she thought up became the story behind Still Missing. Stevens grew up on a ranch on Vancouver Island, and she still calls the island home. When she's not writing, she's hiking with her husband and her dog in the local mountains.
Loading...
or
Not Currently Available for Direct Purchase