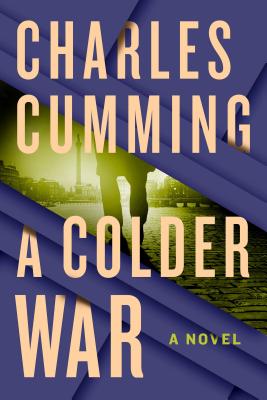 A top-ranking Iranian military official is blown up while trying to defect to the West. An investigative journalist is arrested and imprisoned for writing an article critical of the Turkish government. An Iranian nuclear scientist is assassinated on the streets of Tehran. These three incidents, seemingly unrelated, have one crucial link. Each of the three had been recently recruited by Western intelligence, before being removed or killed.

Then Paul Wallinger, MI6's most senior agent in Turkey, dies in a puzzling plane crash. Fearing the worst, MI6 bypasses the usual protocol and brings disgraced agent Tom Kell in from the cold to investigate. Kell soon discovers what Wallinger had already begun to suspect—that there's a mole somewhere in the Western intelligence, a traitor who has been systematically sabotaging scores of joint intelligence operations in the Middle East.

“Edgily elegant … perfect for those wanting a contemporary spy thriller in the vein of le Carré and even for those who don't.” —Barbara Hoffert, Library Journal

“The bombshell plot twists toward the novel's conclusion will have spy fiction aficionados eagerly awaiting the next installment.” —Kirkus Reviews

“Eat your heart out, Daniel Craig...Cumming vividly showcases the undercover life of spies.” —GQ on A Foreign Country

“Simmers and crackles until the explosive finale.” —Library Journal on A Foreign Country

“Brilliant...scene after scene crackles with excitement, tension, and suspense...almost impossible to put aside.” —Washington Post on The Trinity Six

“A smashing Cold War thriller for the 21st Century.” —People on The Trinity Six

“Cumming's masterful novel bears comparison to the works of Alan Furst and John le Carré.” —Washington Post on The Trinity Six, a Notable Book of 2011