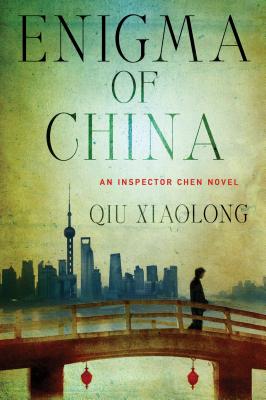 Chief Inspector Chen Cao of the Shanghai Police Department is in an unusual situation a poet by training and inclination, he was assigned by the party to the Police Department after he graduated college, where he has continued to shine. Now he's a rising cadre in the party, in line to take over the top politic position in the police department, while being one of most respected policeman in the department. Which is why he's brought in by the Party to sign off on the investigation into the death of Zhou Keng.

Zhou Keng a trusted princeling, son of a major party member was head of the Shanghai Housing Development Committee when a number of his corrupt practices were exposed on the internet. Removed from his position and placed into extra-legal detention, Zhou apparently hanged himself while under guard. While the Party is anxious to have Zhou's death declared a suicide, and for the renowned Chief Inspector Chen to sign off on that conclusion, the sequence of events don't quite add up. Now Chen will have to decide what to do investigate the death as a possible homicide and risk angering unseen powerful people, or seek the justice that his position requires him to strive for.
One of "Publishers Weekly"'s Best Mystery/Thriller Books of 2013.


Praise For Enigma of China…

“When Chief Inspector Chen Cao of the Shanghai Police Department lucks into an all-expenses-paid getaway package, we veteran mystery readers anticipate that more snooping than snoozing will soon be on Chen's vacation itinerary. We are not disappointed.” —NPR on Don't Cry, Tai Lake

“Chen's seventh (The Mao Case, 2009, etc.) is again peppered with poetry and told with clarity and elegance. Its portrait of modern China is as intriguing as its slow-rolling whodunit.” —Kirkus Reviews on Don't Cry, Tai Lake

QIU XIAOLONG is a poet and author of several previous novels featuring Inspector Chen as well as Years of Red Dust, a Publishers Weekly Best Books of 2010. Born and raised in Shanghai, Qiu lives with his family in St. Louis, Missouri.
Loading...
or
Not Currently Available for Direct Purchase