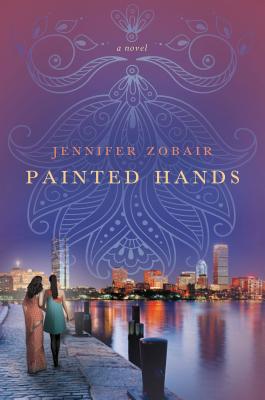 Muslim bad girl Zainab Mir has just landed a job working for a post-feminist, Republican Senate candidate. Her best friend Amra Abbas is about to make partner at a top Boston law firm. Together they've thwarted proposal-slinging aunties, cultural expectations, and the occasional bigot to succeed in their careers. What they didn't count on? Unlikely men and geopolitical firestorms.

When a handsome childhood friend reappears, Amra makes choices that Zainab considers so 1950s—choices that involve the perfect Banarasi silk dress and a four-bedroom house in the suburbs. After hiding her long work hours during their courtship, Amra struggles to balance her demanding job and her unexpectedly traditional new husband.

Zainab has her own problems. She generates controversy in the Muslim community with a suggestive magazine spread and friendship with a gay reporter. Her rising profile also inflames neocons like Chase Holland, the talk radio host who attacks her religion publicly but privately falls for her hard. When the political fallout from a terrorist attempt jeopardizes Zainab's job and protests surrounding a woman-led Muslim prayer service lead to violence, Amra and Zainab must decide what they're willing to risk for their principles, their friendship, and love.

Jennifer Zobair's Painted Hands is The Namesake meets Sex and the City, an engaging and provocative debut novel about friendship and the love lives of American Muslim women.


Praise For Painted Hands: A Novel…

“Taut and well written…this contemporary tale is reminiscent of Jumpa Lahiri's The Namesake, which focuses on the immigrant experience and assimilation. Ms. Zobair centers her story on the dilemmas of succeeding generations. She has integrated the quandaries of young career-oriented men and women and incorporated the human values of friendship, family, and love. Anyone who has grappled with personal traditions and found themselves in conflict with religion, family--and even with themselves--will relate to the issues that surface in this substantial and provocative work of fiction.” —Diane Brandley, New York Journal of Books

“A debut with an original and refreshing premise–Jennifer Zobair's novel is about high-flying Bostonian women who struggle with their demanding careers, relationships, friendships and families, and who also happen to be Muslim. A positive portrait of modern Muslim women, prominent in their professions and at large within their communities, written with affection and detail.” —Roopa Farooki, Orange Prize finalist and author of The Flying Man

“In Painted Hands, Jennifer Zobair lifts the veil on three American Muslim women, taking readers into a world that will challenge their assumptions. Her debut novel is an important addition to the canon of ethnic fiction, showcasing the difficulty of being both American and Muslim.” —Anne Cherian, author of The Invitation and A Good Indian Wife

“An enlightening first novel, Jennifer Zobair's Painted Hands dismantles the myths and stereotypes about what it means to be Muslim in American society today. Through interwoven stories of career-oriented women of Pakistani and Indian descent, navigating the tightrope of politics, personal ambition, and family expectations in modern Boston, Painted Hands ultimately celebrates the redemptive, transcendent power of love and friendship.” —Anjali Banerjee, author of Enchanting Lily

Jennifer Zobair grew up in Iowa and attended Smith College and Georgetown Law School. She has practiced corporate and immigration law and as a convert to Islam, has been a strong advocate for Muslim women's rights. Jennifer lives with her husband and three children outside of Boston, Massachusetts. Painted Hands is her first novel.
Loading...
or
Not Currently Available for Direct Purchase