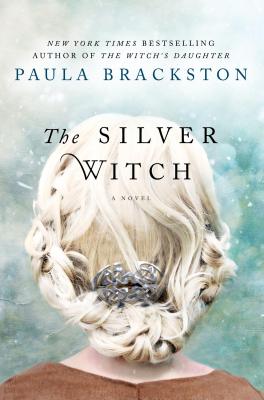 A year after her husband's sudden death, ceramic artist Tilda Fordwells finally moves into the secluded Welsh cottage that was to be their new home. She hopes that the tranquil surroundings will help ease her grief, and lessen her disturbing visions of Mat's death. Instead, the lake in the valley below her cottage seems to spark something dormant in her – a sensitivity, and a power of some sort. Animals are drawn to her, electricity shorts out when she's near, and strangest of all, she sees a new vision; a boatful of ancient people approaching her across the water.

On this same lake in Celtic times lived Seren, a witch and shaman. She was respected but feared, kept separate from the community for her strange looks. When a vision came to her of the Prince amid a nest of vipers she warned of betrayal from one of his own. Prince Brynach both loved and revered her, but could not believe someone close to him wished him harm, even as the danger grew.

In her own time, Tilda's grief begins to fade beside her newfound powers and a fresh love. When she explores the lake's ancient magic and her own she discovers Seren, the woman in her vision of the boat. Their two lives strangely mirror each other's, suggesting a strong connection between the women. As Tilda comes under threat from a dark power, one reminiscent of Seren's prophecy, she must rely on Seren and ancient magic if death and disaster are not to shatter her life once more.


Praise For The Silver Witch: A Novel…

“Vivid Welsh historical details, haunting surroundings, and Gothic magical elements both enchant and perplex the
reader as Tilda and Dylan strive to unravel the mysteries of the past before the present danger overwhelms them. Readers who savor richly detailed paranormal fiction or have enjoyed Brackston's previous novels will want to give this one a try.” —Library Journal

“There's a whiff of Harry Potter in the witchy conflict...Love of landscape and lyrical writing lend charm, but it's Brackston's full-blooded storytelling that will hook the reader.” —Kirkus Review on The Winter Witch

“A riveting tale of sorcery and time travel.” —Marie Claire on The Witch's Daughter

PAULA BRACKSTON is the New York Times bestselling author of The Witch's Daughter and The Little Shop of Found Things, among others. Before becoming a writer, she was a horse groom, a travel agent, a secretary, a teacher, and a goat herd. Everyone (particularly the goats) is relieved that she's found a job she does properly. When not in her writer’s shed, Paula can be found being walked by the dog, hacking through weeds in her vegetable patch, or sitting by the pond with a glass of wine. She lives in Wales with her family.
Loading...
or
Not Currently Available for Direct Purchase