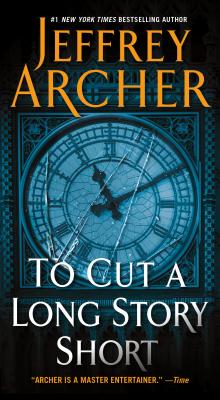 In this short story collection by Jeffrey Archer, a dying man doesn't know which of his relations to leave his fortune to, only to find out who really cares about him. A chance overheard conversation changes the course of an entire man's life. A woman savors every word of a letter from her lover while her husband reads over her shoulder. A criminal on the loose confesses that he is desperate to be caught. A widowed mother learns the cold truth about her second husband at the dawn of her third marriage. A pencil, the cruelest of the artist's tools, leaves nothing to chance… in To Cut a Long Story Short.

Praise For To Cut a Long Story Short…

“Will keep your blood pressure high and you'll risk back injury just from being kept on the edge of your seat...I guarantee that anyone who takes this book from the shelves will not be able to put it down.” —The Spectator (UK) on The Sins of the Father

“[Archer] is a master of fiction...Jeffrey Archer has the strange gift denied to many who think themselves more serious novelists. He can tell a story, and he does so with such conviction, such appealing naivety, that you suspend disbelief, and read happily on.” —The Scotsman (UK) on The Sins of the Father

“ Archer can plot a story.” —Kirkus Reviews on The Sins of the Father