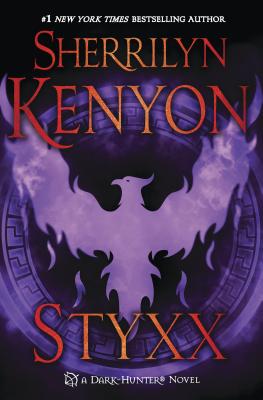 Sherrilyn Kenyon's most highly-anticipated novel in the New York Times bestselling Dark-Hunter series since Acheron is here—the unforgettable story of Styxx, Acheron's twin brother and one of the most powerful beings on earth

Just when you thought doomsday was over . . .

Centuries ago Acheron saved the human race by imprisoning an ancient evil bent on absolute destruction. Now that evil has been unleashed and it is out for revenge.

As the twin to Acheron, Styxx hasn't always been on his brother's side. They've spent more centuries going at each other's throats than protecting their backs. Now Styxx has a chance to prove his loyalty to his brother, but only if he's willing to trade his life and future for Acheron's.

The Atlantean goddess of Wrath and Misery, Bethany was born to right wrongs. But it was never a task she relished. Until now.

She owes Acheron a debt that she vows to repay, no matter what it takes. He will join their fellow gods in hell and nothing is going to stop her. But things are never what they seem, and Acheron is no longer the last of his line. Styxx and Acheron must put aside their past and learn to trust each other or more will suffer.

Yet it's hard to risk your own life for someone who once tried to take yours, even when it's your own twin, and when loyalties are skewed and no one can be trusted, not even yourself, how do you find a way back from the darkness that wants to consume the entire world? One that wants to start by devouring your very soul?

New York Times bestselling author Sherrilyn Kenyon is a regular in the #1 spot. This extraordinary bestseller continues to top every genre in which she writes, including manga and graphic novels. More than 70 million copies of her books are in print in more than one hundred countries. Her current series include The Dark-Hunters, The League, Deadman's Cross, Chronicles of Nick, Hellchasers, Mikrochasers, and The Lords of Avalon. Her Chronicles of Nick and Dark-Hunter series are soon to be major motion pictures.
or
Not Currently Available for Direct Purchase