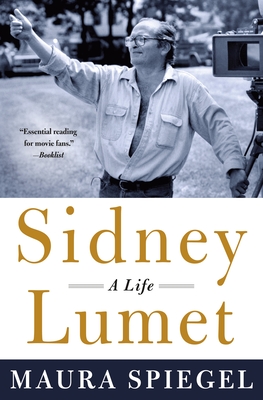 With the help of exclusive interviews with family, colleagues, and friends, author Maura Spiegel provides a vibrant portrait of the life and work of this extraordinary director whose influence is felt through generations, and takes us inside the Federal Theater, the Group Theatre, the Actors Studio, and the early “golden age” of television.

From his surprising personal life, with four marriages to remarkable women—all of whom opened their living rooms to Lumet’s world of artists and performers like Marilyn Monroe and Michael Jackson—to the world of Yiddish theater and Broadway spectacles, Sidney Lumet: A Life is a book that anyone interested in American film of the twentieth century will not want to miss.


Praise For Sidney Lumet: A Life…

"This revealing and entertaining biography provides a sensitive look at one of Hollywood’s most humanistic and socially aware filmmakers." —Publishers Weekly

"Spiegel does a yeoman's job of telling those stories in this illuminating biography . . . . Essential reading for movie fans." —Booklist

Maura Spiegel is a born and bred New Yorker, and has been teaching literature and film at Columbia University for over two decades. She is co-director of the Division of Narrative Medicine at Columbia University College of Physicians and Surgeons, where she teaches film to first year medical students. She has published articles on many subjects including the history of the emotions, Charles Dickens, Victorian fashion and film, and diamonds in the movies.
Loading...
or
Not Currently Available for Direct Purchase