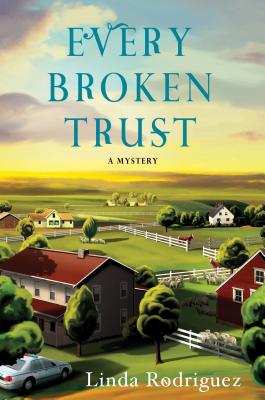 A party to celebrate the arrival of George "Mel" Melvin, a Kansas City politician accompanied by his troubled teenage daughter, wealthy wife, even wealthier backer, and mysterious employee, rapidly turns into disaster when Skeet's best friend, Karen Wise, stumbles on a body in Chouteau University's storage caves and is attacked herself. Skeet gets to Karen in time, but she's still worried by Karen's increasing obsession with the dead man's drunken claim that her husband's accidental death years earlier was actually murder.

Skeet already has her hands full, serving as chief of campus police and also as the guardian of fifteen-year-old Brian. Brian's emotional entanglement with Mel's rebellious daughter, as well as Karen's fixation on who she believes to be her husband's murderer, frustrates Skeet's efforts to keep them both safe and out of trouble. Skeet must struggle against the clock to solve a series of linked murders before she loses Brian forever, and before her best friend winds up in jail or worse.


Praise For Every Broken Trust…

"Rodriguez combines elements of the whodunit with those of the thriller in her second installment, a follow-up to last year's award-winning 'Every Last Secret.'  Her latest not only fulfills its predecessor's promise but also furthers Skeet's story in ways that will have readers eager for her next case."--Richmond Times-Dispatch


"Skeet’s second outing (Every Last Secret, 2012) showcases a strong, intelligent woman with a difficult past that keeps returning to haunt her."—Kirkus Reviews

“Linda Rodriguez is a richly talented writer. Her aim is true, and she strikes deep. This new work will reward you as it weaves its generous spell. Good stuff. Get it now.”—Luis Alberto Urrea, Edgar Award-winning author of Queen of America

"Linda Rodriguez give readers a truly modern heroine in tough, independent, and complex police chief Skeet Bannion. Add powerful writing, edge-of-your-seat suspense, and a cast of characters you won't want to leave behind and Rodriguez delivers another terrific read."—Deborah Crombie, New York Times bestselling author of No Mark Upon Her

Linda Rodriguez is a winner of the Malice Domestic Best First Traditional Mystery Novel Competition. As a poet, she has won the Thorpe Menn Award and the Midwest Voices and Visions Award. Her first mystery novel, Every Last Secret, was selected by Las Comadres National Book Club, was a Barnes & Noble mystery pick, and is a finalist for the International Latino Book Award. Linda is president of the Borders Crimes chapter of Sisters in Crime, a founding board member of Latino Writers Collective and The Writers Place, and a member of Wordcraft Circle of Native American Writers and Storytellers, Kansas City Cherokee Community, and International Thriller Writers. Linda lives in Kansas City, Missouri.
Loading...
or
Not Currently Available for Direct Purchase