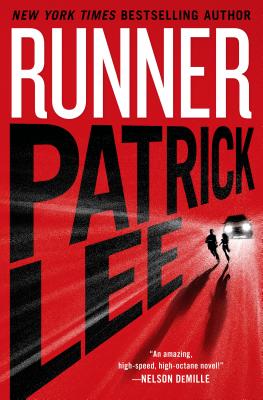 Sam Dryden, retired special forces, lives a quiet life in a small town on the coast of Southern California. While out on a run in the middle of the night, a young girl runs into him on the seaside boardwalk. Barefoot and terrified, she's running from a group of heavily armed men with one clear goal—to kill the fleeing child. After Dryden helps her evade her pursuers, he learns that the eleven year old, for as long as she can remember, has been kept in a secret prison by forces within the government. But she doesn't know much beyond her own name, Rachel. She only remembers the past two months of her life—and that she has a skill that makes her very dangerous to these men and the hidden men in charge.

Dryden, who lost his wife and young daughter in an accident five years ago, agrees to help her try to unravel her own past and make sense of it, to protect her from the people who are moving heaven and earth to find them both. Although Dryden is only one man, he's a man with the extraordinary skills and experience—as a Ranger, a Delta, and five years doing off-the-book black ops with an elite team. But, as he slowly begins to discover, the highly trained paramilitary forces on their heels is the only part of the danger they must face. Will Rachel's own unremembered past be the most deadly of them all?

“Patrick Lee is a huge talent and Runner is his best book yet—breathless, involving, smart, and completely convincing.” —Lee Child

“Rarely is a story both plot-driven and character-driven, but Runner does this and more. An amazing, high-speed, high-octane novel that moves faster than most people can read. There has to be a better word than ‘thriller' to describe Runner. How about thrillingest?” —Nelson DeMille

“Pure adrenaline rush! Finally, an action-packed novel brimming with complex characters as well as genuine heart. Not to be missed.” —Lisa Gardner, New York Times bestselling author of Touch and Go and Catch Me

“I’m going to sue Patrick Lee for giving me whiplash: that’s how furiously paced this book is. A terrific cast of characters, unrelenting action—strap in and enjoy the ride.” —Jesse Kellerman, author of Sunstroke and Trouble

“This is a thriller done right. It literally begs to be read in one sitting. I said it before and I'll say it again. Patrick Lee is the real deal.” —Steve Berry, New York Times bestselling author of The Amber Room and The Columbus Affair

“Tension mounts right from the start in this nonstop action-packed narrative....it's a high-tech thriller that's hard to put down.” —Library Journal (starred review)

“The action is nonstop and takes place at breakneck speed with no downtime....with this book, he enters the ranks of the best action-thriller writers....Readers who pick up Lee's latest should be prepared to miss their favorite television shows, since they won't put this book down long enough to watch them.” —Kirkus Reviews