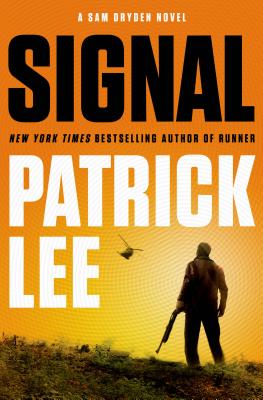 Sam Dryden lives quietly in a small coastal town in southern California, buying and fixing up old houses. It's good physical work that he's come to love. But his peaceful life is shattered when he gets a phone call from an old friend in trouble. A phone call that pulls Dryden into the middle of a situation that's as violent as it is baffling.

For FBI agent Marnie Calvert, it all begins at a secluded trailer in the Mojave Desert-the scene of a horrifying crime, but also of an impossible and mysterious act of heroism. At least, it should have been impossible. Determined to learn the truth, what Calvert discovers leads her to Sam Dryden-an ex-Special Forces operative whose ordinary life has suddenly become anything but.

Through their actions, Dryden and Calvert have unknowingly placed themselves in the cross-hairs of a frightening and dangerous enemy, the result of a generations-long conspiracy finally coming to fruition. What these people have is a technology that allows them to affect events before they even happen. How they are planning to use it, however, will result in the death of millions. To defeat them, Dryden will need to do more than think fast-he'll need to think around corners, and face down an enemy that can seize on his mistakes before he even makes them.

Following the national bestseller Runner, Sam Dryden, Patrick Lee's most indelible creation, returns in one of the most compelling, breathless thrillers yet---Signal.

“Lee's precise detailing of technology and medical science recalls the best of Tom Clancy and Robin Cook, while his believable hero adds a Jack Reacher vibe...an adrenalin-fueled plot that begs for a sequel.” —Publishers Weekly (starred) on Runner

“Patrick Lee is a huge talent and Runner is his best book yet--breathless, involving, smart, and completely convincing.” —Lee Child on Runner

“NOW we're talking page-turner... The last time I remember reading through a book so fast was The Da Vinci Code and the final Harry Potter novel. Runner is a frantic, mind-bending thriller deserving of your time and attention.” —Seattle Post-Intelligencer on Runner

“Lee amps up the tension in this nonstop, action-packed thriller… Readers who pick up Lee's latest should be prepared to miss their favorite television shows, since they won't put this book down long enough to watch them.” —Kirkus Reviews on Runner

“Tension mounts right from the start in this nonstop action-packed narrative… a high-tech thriller that's hard to put down.” —Library Journal (starred) on Runner

“Runner takes off like a rocket and sustains its velocity until the very last page. Patrick Lee remains in charge throughout the ride, creating strong characters, credible dialogue, and one heck of a plot.” —Alafair Burke on Runner