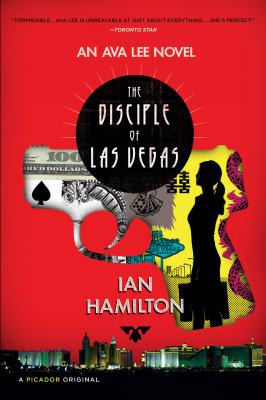 The Disciple of Las Vegas (Paperback)

Fifty million dollars has disappeared into thin air from the accounts of one of the richest men in the Philippines, Tommy Ordonez. His one hope is Ava Lee—sleek, capable forensic accountant and sleuth. With the help of her Triad-connected partner, Uncle, Ava follows the money trail from San Francisco to Costa Rica to the casinos and illegal gambling dens of Las Vegas. Meanwhile, a vengeful adversary from Ava's past has put out a contract on her life, and the shadowy hit man is close at her heels every step of the way. Will Ava recover the stolen cash without stepping into the crosshairs of a growing list of enemies? The first book of an electrifying new series, Ian Hamilton's The Disciple of Las Vegas introduces Ava Lee: a deadly martial artist with a taste for luxury and a mind like a steel trap.

Praise For The Disciple of Las Vegas: An Ava Lee Novel…

“Hamilton makes each page crackle with the kind of energy that could easily jump to the movie screen....This riveting read will keep you up late at night. It may also make you look twice from now on at any woman wearing pointy shoes.” —Rachel Kramer Bussel, Penthouse

“Ian Hamilton makes the global search for hidden money as thrilling as James Bond fleeing down a snowy slope on one ski. Ava Lee is tough, fearless, quirky, and resourceful, and she has more---well, you know---than half a dozen male detectives I can think of. Ian Hamilton knows his stuff, and he has created a true original in Ava Lee.” —Linwood Barclay, author of No Time for Goodbye

“A fascinating story of a hunt for stolen millions. And the hunter, Ava Lee, is a compelling heroine: tough, smart, and resourceful.” —Meg Gardiner, author of The Nightmare Thief

“Hamilton has created a marvelous character in Ava Lee.” —The Globe and Mail (Toronto)

“Readers will discern in Ava undertones of Lisbeth Salander....Irresistible.” —The London Free Press