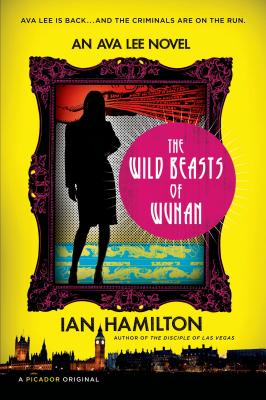 The Wild Beasts of Wuhan (Paperback)

Meet Ava Lee, alluring but deadly, with a mind like a steel trap, as she chases millions of dollars and dangerous criminals around the globe in this exotic and fast-paced new crime series by Ian Hamilton.

In The Wild Beasts of Wuhan, Wong Changxing, a rich Chinese powerbroker, has just been bilked out of $100 million in an elaborate art forgery con. His one hope of recovering the money, and of saving face, is Ava Lee—a forensic accountant with a talent for tracking down untraceable funds. With the help of her mentor, the Triad-connected Uncle, Ava traces the provenance of the meticulously forged paintings to Denmark, the Faroe Islands, New York, and London. As she infiltrates one of the most prestigious auction houses in the world, she uncovers a massive web of corruption, where high art and high-stakes fraud threaten more than just her client's business—this is one scam that could get her killed. Ava Lee is one of the most scintillating, unique heroines to come along in years.

Praise For The Wild Beasts of Wuhan: An Ava Lee Novel…

“With its exotic settings (from Asia to America and places in between) and its equally exotic investigator, this book is miles from the ordinary. The main character, Ava Lee is the 'whole package.'” —Minneapolis Star Tribune

“An intelligent kick-ass heroine....Clearly conversant with the art world, Hamilton makes the intricacies of forgery as interesting as a Ponzi scheme.” —Publishers Weekly (starred)

“Ava Lee is tough, fearless, quirky, and resourceful, and she has more--well, you know--than half a dozen male detectives I can think of.” —Linwood Barclay, author of No Time for Goodbye