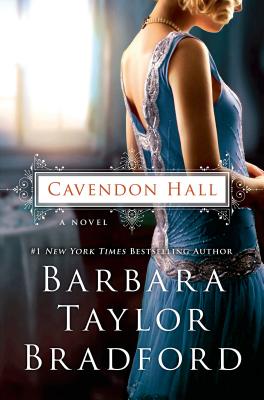 From the #1 New York Times bestselling author comes an epic saga of intrigue and mystique set in Edwardian England. Cavendon Hall is home to two families, the aristocratic Inghams and the Swanns who serve them. Charles Ingham, the sixth Earl of Mowbray, lives there with his wife Felicity and their six children. Walter Swann, the premier male of the Swann family, is valet to the earl. His wife Alice, a clever seamstress who is in charge of the countess's wardrobe, also makes clothes for the four daughters. For centuries, these two families have lived side-by-side, beneath the backdrop of the imposing Yorkshire manor. Lady Daphne, the most beautiful of the Earl's daughters, is about to be presented at court when a devastating event changes her life and threatens the Ingham name. With World War I looming, both families will find themselves tested in ways they never thought possible. Loyalties will be challenged and betrayals will be set into motion. In this time of uncertainty, one thing is sure: these two families will never be the same again.
Cavendon Hall is Barbara Taylor Bradford at her very best, and its sweeping story of secrets, love, honor, and betrayal will have readers riveted up to the very last page.


Praise For Cavendon Hall: A Novel…

“First there was A Woman of Substance . . . and now from the same author comes an evocative and captivating story, filled with fascinating and compelling characters, drama, intrigue, love, passion, and revenge . . . set against the backdrop of a great ancestral home in Yorkshire. Vintage storytelling from 'Britain's premier romantic novelist.'” —Daily Mail

Barbara Taylor Bradford is the author of more than 25 bestselling novels, including Playing the Game, Breaking the Rules, and The Ravenscar Dynasty. She was born in Leeds, England, and from an early age, she was a voracious reader: at age 12, she had already read all of Dickens and the Brontë sisters. By the age of twenty, she was an editor and columnist on Fleet Street. She published her first novel, A Woman of Substance, in 1979, and it has become an enduring bestseller. Barbara Taylor Bradford’s books are published in over 90 countries in 40 languages, with sales figures in excess of 82 million. Ten of her novels have been adapted into television mini-series starring actors including Sir Anthony Hopkins, Liam Neeson, Deborah Kerr and Elizabeth Hurley. She has been inducted into the Writers Hall of Fame of America, and in June of 2007, Barbara was awarded an OBE (Order of the British Empire) by Queen Elizabeth II for her contributions to Literature. She lives in New York City with her husband, television producer Robert Bradford, to whom all her novels are dedicated, and their Bichon Frise dogs, who sit under her desk while she writes.