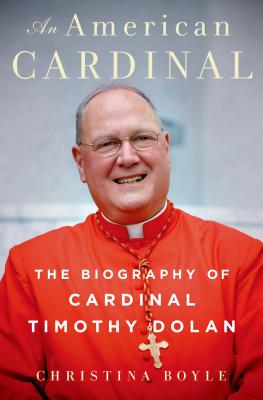 The Biography of Cardinal Timothy Dolan

The most powerful Roman Catholic leader in the United States had humble beginnings. Timothy Michael Dolan was born in Maplewood, Missouri in 1950. From an early age, those around him knew that he would become a priest. Through college and seminary, his power and spirituality grew. He was formally ordained in 1976. In 2009, he was made Archbishop of New York. Several months later he was elevated to cardinal. There were clear signs that the ailing Pope Benedict XVI saw him as a bright hope for the future. During the 2013 conclave, Vatican experts seriously wondered if he would be chosen to lead the Catholics of the world. The cardinal's rise is not, however, without its controversies. He was one of the Catholic leaders who dealt, harshly say some, with abusers and the abused in the church's sex scandal. He is a consummate player who doesn't shy away from picking a political battle. Christina Boyle's An American Cardinal is a book about power and the Roman Catholic church today framed by the life of a man who might someday become the first American pope.

Praise For An American Cardinal: The Biography of Cardinal Timothy Dolan…

"Boyle effectively portrays a complex and intriguing human being who could one day become the first United States born pope."—Publishers Weekly

"All readers, not just Roman Catholics, will be inspired by this story of a Midwestern boy-turned-prominent figure and leaders can learn a lot from his handling of opposition, conflict, and the press."—Library Journal

CHRISTINA BOYLE is a British journalist living in New York City. She spent seven years working as a staff writer at the New York Daily News. She extensively reported on the 2013 papal conclave in Rome. Prior to moving to New York, Christina was a reporter for the London Evening Standard. She is the author of An American Cardinal: The Biography of Cardinal Timothy Dolan.
Loading...
or
Not Currently Available for Direct Purchase