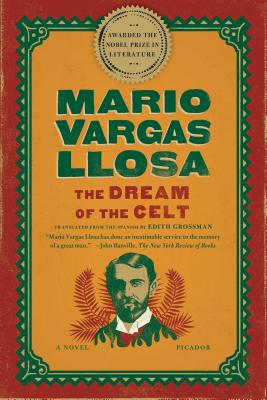 The Dream of the Celt

In 1916, the Irish nationalist Roger Casement was hanged by the British government for treason. Casement had dedicated his life to improving the plight of oppressed peoples around the world. But when he dared to draw a parallel between the injustices he witnessed in African and American colonies and those committed by the British in Northern Ireland, he became involved in a cause that led to his imprisonment and execution. Ultimately, the scandals surrounding Casement's trial and eventual hanging marred his image to such a degree that his pioneering human rights work wasn't fully reexamined until the 1960s. Dream of the Celt is a fascinating fictional account of an extraordinary man in the original and dynamic style of Nobel Laureate Mario Vargas Llosa.

Translated from the Spanish by Edith Grossman


Praise For The Dream of the Celt: A Novel…

“Mario Vargas Llosa has done an inestimable service to the memory of a great man.” —John Banville, The New York Review of Books

“This vibrant reimagining of history is also a brilliant exploration of conflicting moral claims. Who are the oppressors? Who are the truth-tellers? As always, Vargas Llosa remains a fiendishly clever teacher.” —The Washington Post

“At once a meticulously researched fictional biography and a clever psychological novel.” —The Economist

“Vargas Llosa is a masterful writer.” —The Miami Herald

“The Dream of the Celt fully succeeds in capturing the complexity of the man....Vargas Llosa has produced an epic apologia for this most sympathetic of traitors.” —The Daily Beast