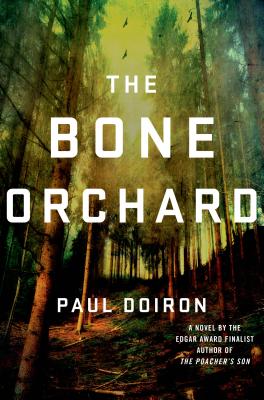 "The Bone Orchard [is] both a rich exploration of character and a satisfying mystery." —Bruce DeSilva, Associated Press
"Excellent . . . Thoughtful plotting and strong characters raise this above the crime novel pack." —Publishers weekly

Praise For The Bone Orchard: A Novel (Mike Bowditch Mysteries #5)…

“Massacre Pond is a tough act to follow, but Doiron avoids series stagnancy by placing Bowditch outside of the law-enforcement circle he once loved and treating readers to another round of top-notch outdoors-Maine descrition. Highly recommended for fans of C.J. Box and Craig Johnson.” —Booklist