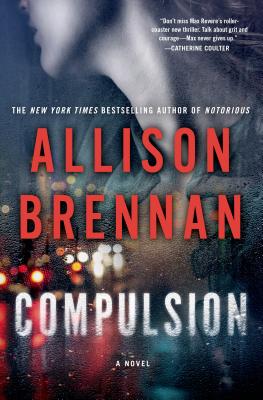 Investigative reporter Maxine Revere has a theory: that the five New York City murders for which Adam Bachman is being tried are just part of his killing spree. In probing the disappearance of a retired couple who vanished the prior summer, Max uncovers striking similarities to Bachman's MO and develops a theory that Bachman wasn't working alone.

Max wins a coveted pre-trial interview with the killer, whose disarming composure in the face of her questions is combined with uncomfortable knowledge of Max's own past. She leaves the room convinced, but unable to prove, that Bachman knows exactly what happened to the missing couple. The D.A. wants nothing to jeopardize his case against Bachman and refuses to consider Max's theory. With no physical evidence, Max has to rely on her own wits and investigative prowess to dig deep into Bachman's past. The picture that Max puts together is far darker and more deadly than she ever imagined.

As Max gets closer to the truth, she doesn't realize that she's walking down a road that has been paved just for her. That every step she takes brings her one step closer to a brilliant, methodical sociopath who has been waiting for her to make just one small mistake.

And when she does, he'll be there waiting.

"Compulsion is a gripping, pulse-pounding thriller that readers will not want to put down."-Crimespree magazine

ALLISON BRENNAN is the New York Times and USA Today bestselling author of over thirty novels. Most recently, she was nominated for Best Paperback Original Thriller by the International Thriller Writers and is a two-time winner of the Daphne du Maurier Award by Kiss of Death. A former consultant in the California State Legislature, Allison lives in Northern California with her husband, five kids, and assorted pets.

“Notorious blew me away. Explosive suspense ratchets up with every turn of the page as murders--both past and present--twist into a story that demands to be read in one sitting. Here is a novel destined for bestsellerdom that will leave people clamoring for more stories of Max Revere. I know I will be!” —James Rollins

“The novels featuring Lucy Kincaid and her cohorts are marked with deep characterizations and details of the workings of investigations by private eyes, the police, and the FBI…Catch the latest in this series as Lucy continues to evolve in strength and wisdom.” —Romance Reviews Today

“Brennan throws a lot of story lines into the air and juggles them like a master. The mystery proves to be both compelling and complex. Previous knowledge of Lucy Kincaid books isn't necessary to enjoy this chilling and twisty romantic suspense gem.” —Associated Press

“Brennan does a terrific job...Filled with action, intrigue and emotion, Brennan delivers an exceptional novel that is engaging from beginning to end.” —RT Book Reviews (4½ stars)