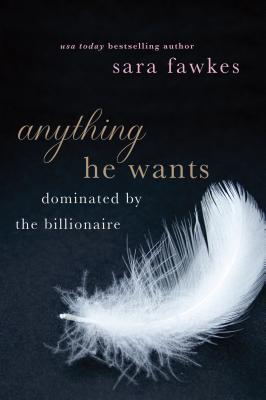 Lucy Delacourt's temp position isn't quite her dream job but it pays the bills. The highlight of her day is riding the elevator in the mornings with a handsome stranger. Tall, dark, and sexy as hell, Lucy knows he's way out of her league, but a girl can look, right?

Everything changes the day the stranger seduces her. Completely out of character, she yields without a fight, but she has no idea her wanton acts with a man whose name she doesn't know will change her life forever. Because the sexy stranger is none other than Jeremiah Hamilton, billionaire CEO of Hamilton Industries, and one taste isn't nearly enough to satisfy his need. As the billionaire pulls Lucy deeper into his world of high stakes business deals and ruthless takeovers, he demands nothing less than her complete surrender. But even as enemies seek deadly revenge against him, she'll discover that her greatest threat is falling for her fiercely guarded boss…and yielding to her own darkest needs.


Praise For Anything He Wants…

SARA FAWKES is the USA Today bestselling author of Anything He Wants, which was originally self-published as an e-serial novel and sold hundreds of thousands of copies.  She lives in California, where she writes full time.
Loading...
or support indie stores by buying on