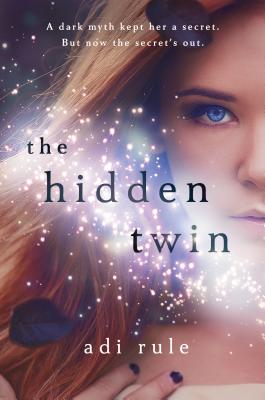 For eighteen years a girl with no name, a Redwing, has been hidden away in a small attic room within a city of hissing pipes and curving temples perched on the side of the great volcano, Mol, while her sister, Jey-identical except for her eyes-has lived her life in public as an only child. Their father had hoped the hidden girl would one day grow up to be a normal human girl and not the wicked creature mythology has promised, so he secretly spared her life as an infant.

But when she switches places with her sister, striking up a flirtation with the son of the Empress while working in the royal gardens and gets attacks by two suspicious priests on her journey home, she is forced to call forth fire to protect herself, unleashing her previously dormant powers and letting her secret out. She soon catches the attention of a cult with a thousand year old grudge as well as a group of underground rebels, both seeking her for their own gain. But when her sister goes missing and the Redwing uncovers a great plot to awaken Mol and bring fiery destruction upon them all, she is forced to embrace her powers.

In Adi Rule's stunning new novel, The Hidden Twin, the girl with no name, must finally choose a name and a path for herself, drawing a line between myth and history to prove herself more than a monster if she is to save both her sister and her home.


Praise For The Hidden Twin…

Praise for The Hidden Twin:

"Writing in the first person, Rule uses sharp, lyrical prose to describe a culture with its own gods and monsters, mixing ancient worlds and new technology... Rule delivers a funny, exciting adventure for readers ready to move on from doe-eyed heroines swooning over rugged heroes." - Kirkus Reviews

“What really makes this book stand out, though, is the Gothic and slightly dark feel to it... I definitely recommend this!” —USA Today's "Happily Ever After" blog on Strange Sweet Song

“Music buffs will relate to Sing's passion and insecurities, and readers who enjoy a good melodrama will be captivated.” —Bulletin for the Center of Children's Books on Strange Sweet Song

ADI RULE grew up among cats, ducks, and writers. She studied music as an undergrad, and has an MFA from the Vermont College of Fine Arts. Adi is a member of, and has been a soloist for, the Tanglewood Festival Chorus, the chorus of the Boston Symphony Orchestra/Boston Pops. She lives in New Hampshire. Strange Sweet Song is her first novel.
Loading...
or
Not Currently Available for Direct Purchase