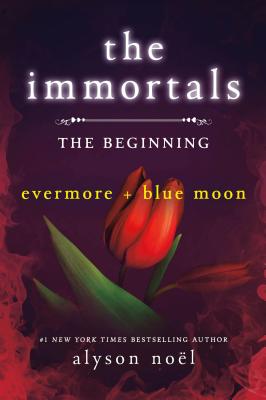 The Beginning: Evermore and Blue Moon

"Addictive…When I wasn't reading, I was thinking about how I could sneak away to read some more. I couldn't put it down. I dreamt about this book. And when I was finished, I couldn't get it out of my head. This book was simply breathtaking." –Teens Read Too


Praise For The Immortals: The Beginning: Evermore and Blue Moon…

“Noel's writing is intense and vivid, pulling readers into the depths of her imagination.” —Teen Reads

“A mesmerizing tale of teenage angst, love and sacrifice with plenty of crossover appeal . . . Noël knows how to keep her audience hooked. Ever's supernatural struggles are a captivating metaphor for teenage fears about love, relationships and growing up.” —Publishers Weekly (starred)