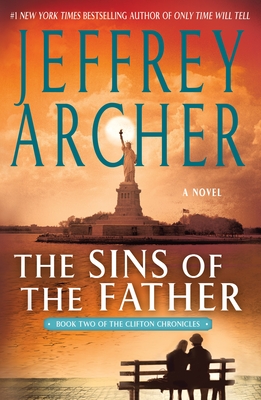 Only days before Britain declares war on Germany, Harry Clifton, hoping to escape the consequences of long-buried family secrets, and forced to accept that his desire to marry Emma Barrington will never be fulfilled, has joined the Merchant Navy. But his ship is sunk in the Atlantic by a German U-boat, drowning almost the entire crew. An American cruise liner, the SS Kansas Star, rescues a handful of sailors, among them Harry and the third officer, an American named Tom Bradshaw. When Bradshaw dies in the night, Harry seizes on the chance to escape his tangled past and assumes his identity.

But on landing in America, he quickly learns the mistake he has made, when he discovers what is awaiting Bradshaw in New York. Without any way of proving his true identity, Harry Clifton is now chained to a past that could be far worse than the one he had hoped to escape.

“Archer delivers another page-turning, heart-stopping saga, with delightful twists and a surprise ending… readers will surely wait for the next with bated breath.” —Publishers Weekly on Only Time Will Tell

“What appears at the outset to be a straightforward coming-of-age tale becomes, by the end, a saga of power, betrayal, and bitter hatred… An outstanding effort from a reliable veteran.” —Booklist (starred review) on Only Time Will Tell

“I was utterly hooked. It was an absurdly enjoyable read.” —Daily Telegraph (London) on Only Time Will Tell

“Archer can make you wring your hands in anguish and guffaw out loud, all on the same page, and he does in these fifteen ingenious stories.” —Star-Ledger (New Jersey) on And Thereby Hangs a Tale