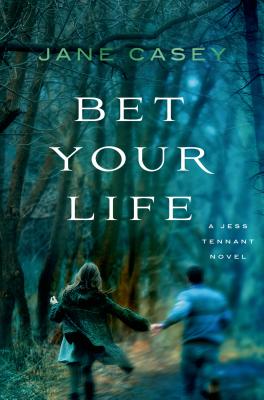 Jess Tennant has now been living in a tiny town on the English seaside for three months, and is just beginning to relax and think of it as home after the traumatic events of last summer. But in the small hours of Halloween night, a teenage boy is left for dead by the side of the road. Seb Dawson has a serious head injury and may not survive. Jess might not have liked Seb much, but surely he didn't deserve this. The police don't seem to be taking the attack very seriously, but Jess can't just let it go, and she takes matters into her own hands.

As she investigates, Jess discovers that Seb was involved in some very dangerous games. A secret predator around girls, he would do whatever it took to abuse them, from lying and blackmail to spiking drinks. Could a group of vengeful victims be behind his attack? Or is there someone else with a grudge against Seb, who will stop at nothing to silence him? Jane Casey returns with another edge-of-your-seat mystery in Bet Your Life.

JANE CASEY is the author of the Maeve Kerrigan novels (Let the Dead Speak, After the Fire) and the Jess Tennant Mysteries (Hide and Seek, Bet Your Life). A graduate of Oxford she also has received a M. Phil from Trinity College, Dublin. Born and raised in Dublin, she lives in London where she works as an editor.
Loading...
or
Not Currently Available for Direct Purchase