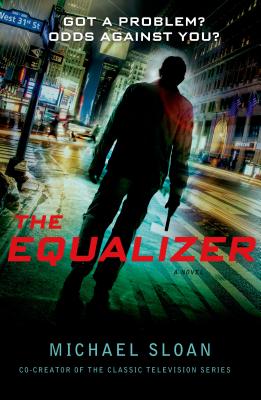 Michael Sloan, co-creator of the classic 1980s TV series--the basis for the feature films starring Denzel Washington--reinvents the story of the mysterious, former covert intelligence officer who helps desperate people who are in need of his unique and deadly skills.

Robert McCall is a former covert operations officer for the CIA who tries to atone for past sins by offering, free of charge, his services as a troubleshooter (often literally), a protector, and an investigator. People in need find him through a newspaper ad and on the internet: "Got a problem? Odds against you? Call the Equalizer."

Aided by a group of sometimes-mysterious contacts (some of whom date back to his spying days), McCall traverses the streets of New York City, visiting justice upon those who prey upon the weak.

In this novel, McCall goes up against an old enemy, a Chechen nightclub owner, who now runs an elite assassination service to try and save the life of an innocent woman.


Praise For The Equalizer: A Novel…

“[In] this intense thriller...even the Equalizer might have his hands full. Sloan is a talented writer, and one can only hope there are more Equalizer novels in the future.” —Booklist

“Michael Sloan is a creative force to be reckoned with.” —William Shatner

“Michael Sloan's book, The Equalizer, is one of the best novels I have read in years. I was very drawn into the hero's backstory and what he ends up doing in New York City. The Equalizer is very much a hero for today's world. Jack Reacher make room, Robert McCall is in town.” —Karl Moore, author of The Postmoderns

MICHAEL SLOAN has been a show runner on such TV series as Alfred Hitchcock Presents, Kung Fu: The Legend Continues and Outer Limits. He has also written and produced numerous TV Movies and features. He created the series The Equalizer for Universal TV and CBS and is currently producing a feature version of The Equalizer for Sony Pictures starring Denzel Washington in the title role. Michael is married to actress Melissa Anderson and they have two children, Piper and Griffin.
Loading...
or
Not Currently Available for Direct Purchase