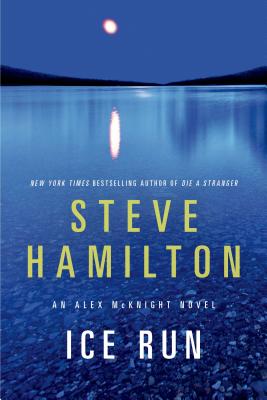 Edgar Award–winner Steve Hamilton introduced one of the most compelling characters in modern fiction with Alex McKnight. In Ice Run, Alex finds himself in the middle of a very strange mystery with much greater consequences than he ever anticipated. . . .

Alex McKnight is happier than he can remember being in a long time. And it's all because of a woman—Natalie Reynaud, a Canadian police officer. When they take a romantic weekend together at an old luxury hotel, however, they receive an unexpected message—someone has left a hat filled with snow, and a note that reads, "I know who you are."

As Alex searches for an explanation, he must face up against a terrible Reynaud family secret, a secret that to this day still drives men to kill.

“Hamilton gives us mysteries within mysteries as well as a hero who simply won't be beaten down.” —Miami Herald

“Rougher, darker, sexier than previous installments, Ice Run raises the already noteworthy McKnight series to the next level and, in giving its hero a romantic companion, affords new insight into Alex's character.” —ThisWeek

“With such fine use of setting and memorable characters, Ice Run is a journey you will want to take.” —Chicago Sun-Times

“Hamilton expertly delivers sharply etched characters, a vivid setting and a thoroughly enjoyable hero, leaving us breathless, perched at the edge of our seats for this chilly ride.” —Publishers Weekly

“An intense atmosphere continues to add to the riches of Steve Hamilton's well-plotted novels...Hamilton again excels at linking his traditional private detective novels with solid plots. A tender love story and a rude awakening of the past form the heart of Ice Run...Ice Run turns on edge-of-the-seat psychological suspense that Hamilton has honed to precision.” —Florida Sun-Sentinel