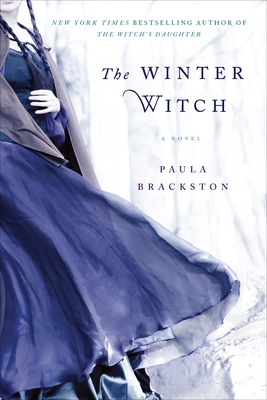 “A sensitive, beautifully written account… If the Brontë sisters had penned magical realism, this would have been the result.” —The Guardian (London)

“With her first novel, author Paula Brackston conjures up a riveting tale of sorcery and time travel. By mixing feminine heroism with masculine might, Brackston successfully captivates readers with characters Bess, an immortal witch, and sinister dark lord, Gideon.... It's almost impossible not to root for the underdog in this magical twist on the classic David vs. Goliath tale. Plus, the skill with which Brackston weaves her characters through time makes this book a fascinating take on global history.” —Marie Claire on The Witch's Daughter

“Part historical romance, part modern fantasy, The Witch's Daughter is a fresh, compelling take on the magical, yet dangerous world of witches. Readers will long remember the fiercely independent heroine who survives plagues, wars, and the heartbreak of immortality to stay true to herself, and protect the protégé she comes to love.” —NightOwlReviews.com on The Witch's Daughter

“The Witch's Daughter is a wonderful combination of historical fiction and paranormal. Brackston's story alternates between past and present as she mixes tales of Elizabeth's early life with the present day, tying in historical events including Jack the Ripper and the horrors of WWI... Overall, a really enjoyable read.” —BookBitch.com on The Witch's Daughter

PAULA BRACKSTON is the New York Times bestselling author of The Witch's Daughter and The Little Shop of Found Things, among others. Paula lives with her family in the historical border city of Hereford in the beautiful Wye valley. When not at her desk in her writing room, she enjoys long walks with the dog in a sublime landscape filled with the imprints of past lives and ancient times.
Loading...
or support indie stores by buying on