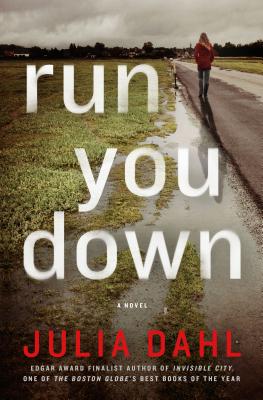 Aviva Kagan was just a teenager when she left her Hasidic Jewish life in Brooklyn for a fling with a smiling college boy from Florida-and then disappeared. Twenty-three years later, the child she walked away from is a NYC tabloid reporter named Rebekah Roberts. And Rebekah isn't sure she wants her mother back in her life.

But when a man from the ultra-Orthodox enclave of Roseville, N.Y. contacts Rebekah about his young wife's mysterious death, she is drawn back into Aviva's world. Pessie Goldin's body was found in her bathtub, and while her parents want to believe it was an accident, her husband is certain she was murdered.

Once she starts poking around, Rebekah encounters a whole society of people who have wandered "off the path" of ultra-Orthodox Judaism-just like her mother. But some went with dark secrets, and rage at the insular community they left behind.

In the sequel to her Edgar Award finalist Invisible City, Julia Dahl has created a taut mystery that is both a window into a secretive culture and an exploration of the demons we inherit.


Praise For Run You Down: A Novel (Rebekah Roberts Novels #2)…

“Dahl is an evocative writer, never more so than when she's describing the nascent yearnings of those younger members of [the ultra-Orthodox Jewish] community-gay, vaguely feminist, simply different-who can't quite fit in, but can't quite leave.” —NPR Fresh Air on Run You Down

“Dahl's smart, twisty plot and suspenseful tone will grip mystery and thriller lovers until the final page.” —Library Journal on Run You Down

“Written strongly, without pretense, this is much more than your run-of- the-mill crime novel...Full of suspense, this is an engrossing mystery fans will love. 4 stars.” —RT Book Reviews on Run You Down

“Invisible City is an absolutely crackling, unputdownable mystery told by a narrator with one big, booming voice. I loved it.” —Gillian Flynn on Invisible City

“Fast-paced, suspenseful...[Invisible City] rises above the crime-novel genre in its unusual psychological, spiritual and sociological dimensions, entering a world unfamiliar to most people.
” —The Washington Post on Invisible City

“Bringing together the hyenas of tabloid journalism with the secretive, inwardly focused, self-protecting religious Jews, Dahl manages to demonize and humanize both, while delivering a riveting story. I sincerely hope there will be a sequel because after reading the last page, I wanted to know: What happens next?” —The Boston Globe on Invisible City