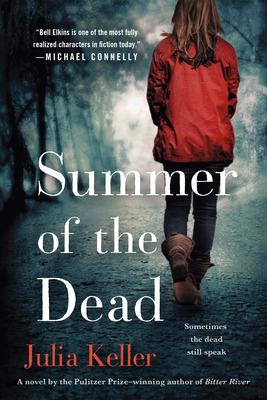 It's high summer in Acker's Gap, a small town nestled in the beautiful but poverty-stricken West Virginia mountains—but no one's enjoying the rugged natural landscape. Not while a killer stalks the town and its hard-luck inhabitants. County prosecutor Bell Elkins and her closest friend, Sheriff Nick Fogelsong, are stymied by a murderer who seems to come and go like smoke on the mountain. At the same time, Bell must deal with the return from prison of her sister, Shirley—who, like Bell, carries the indelible scars of a savage past.

In the third mystery chronicling the journey of Bell Elkins and her return to her Appalachian hometown, we also meet Lindy Crabtree—a coal miner's daughter with dark secrets of her own, secrets that threaten to explode into even more violence. Acker's Gap is a place of loveliness and brutality, of isolation and fierce attachments—a place where the dead rub shoulders with the living, and demand their due.
|
Julia Keller once again captivates readers with this story of a dying West Virginia mountain town and the strong, proud people who inhabit it.

“Julia Keller is a beautiful writer and Bitter River has an elegiac force to it that is powerful and gripping. Bell Elkins is one of the most fully realized characters in fiction today. I just turned the last page on this one and I want more.” —Michael Connelly