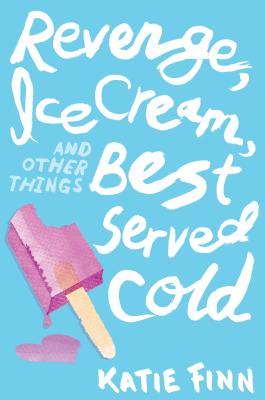 After the humiliating events on the 4th of July, Gemma's trying to grapple with the fact that Hallie knew her true identity all summer, and that she was the one who stole Teddy from her.

Gemma vows revenge, but things immediately get more complicated than she planned. Her dad forces her to get a job, and the only one she can find involves scooping ice cream all day. Ford, Gemma's longtime crush, has arrived in the Hamptons, and is cuter than ever. Josh is refusing to speak to her after finding out she lied to him. And to top it all off, Teddy is back in the picture, and closer to home than Gemma would like.

Gemma and Hallie find themselves locked in an escalating revenge cycle involving everything from strawberry syrup to stolen identities. But just when Gemma thinks she has the upper hand, the biggest bombshell of all is dropped. And it's one that threatens to change her life forever.

“Teens will relate to the relationship struggles, and will find the next big revenge idea even more entertaining than the last. Gemma's perspective noticeably shifts from the beginning of the story to the end, allowing readers to gain valuable insights pertaining to the importance of communication and trust in developing strong relationships with friends as well as family.” —VOYA