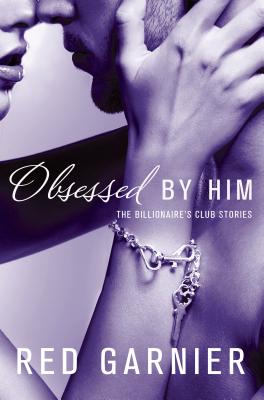 Five billionaires. Five friends. Five stories about five men who are driven by dark desires and powerful love. In Red Garnier's Obsessed by Him, they know what they want, including the incredible women who surrender to a passion so consuming they will never be the same.

Graves has always been secretly obsessed with his best friend's innocent sister, Chloe. What he doesn't know is that for her twenty-fifth birthday, all she wants is him...

After an assassination attempt on his life, playboy Luke thinks a trip to Cancun will get him out of harm's way. But when he meets the beautiful Peyton, he is in real danger of letting passion consume the both of them...

Bound by Him
Andrew has loved Whitney his whole life, but after tragedy strikes, Whitney vows never to give him her heart again. But never is not a word in Andrew's vocabulary. And he will fight for her with all his heart-at all costs...


Praise For Obsessed by Him: The Billionaire's Club Stories…

“Full of raw emotion and drenched in sensuality...sumptuous and sinful.” —Top Pick! from RT Book Reviews

Red Garnier loves a good book and a great romance. Nothing brings a smile to her face faster than a happily-ever-after, especially once she gets to pen down. Red is living her deepest, most cherished dream today, thanks to a bit of luck, a lot of work, and a lot of support. She is a happy wife, mother, and a full-time writer. She is the author of The Billionaire's Club, starting with "Claimed by Him."
Loading...
or support indie stores by buying on