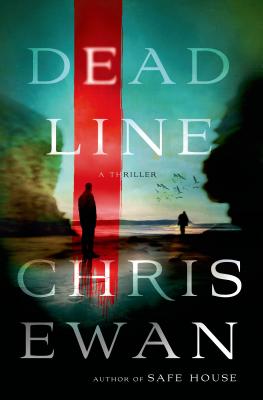 If you're a security expert, what do you do if your fiancée suddenly goes missing, presumably kidnapped?

If you're Daniel Trent, a highly trained specialist in hostage negotiation, the answer is simple: You find out who took her and you make them talk. But what if your chief suspect is taken as well? How do you get him back quickly—and alive—so you can find out what really happened to your fiancée?

Set in Marseille, Chris Ewan's Dead Line is a fast-paced stand-alone thriller that pitches the reader into Daniel's world, as he tries desperately to secure the release of Jérôme Moreau from a ruthless gang in order to interrogate him on the whereabouts of his fiancée. When things don't go according to plan, Daniel must use all his skills and instincts to find the answers he's looking for, but will he be in time?


Praise For Dead Line: A Thriller…

“[An] adrenaline-fueled, stand-alone thriller, with Daniel Trent a driven protagonist in the Jack Reacher mold. Readers will want to see more of Trent, and this page-turner, full of twists and turns, cries out for a sequel.” —Booklist (starred review)

“Both an emotional story of a family dealing with a tragedy and an action-packed tale of a young man caught up in an elaborate kidnapping.” —Sun Sentinel on

“Ewan has...elevated the everyman thriller into a compelling, contemporary read...Safe House is an exciting, well crafted thriller, with flashes of real humour and insight.” —SJ Bolton