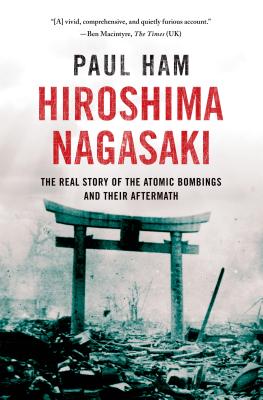 In this harrowing history of the Hiroshima and Nagasaki bombings, Paul Ham argues against the use of nuclear weapons, drawing on extensive research and hundreds of interviews to prove that the bombings had little impact on the eventual outcome of the Pacific War. More than 100,000 people were killed instantly by the atomic bombs, mostly women, children, and the elderly. Many hundreds of thousands more succumbed to their horrific injuries later, or slowly perished of radiation-related sickness.

Yet American leaders claimed the bombs were "our least abhorrent choice"—and still today most people believe they ended the Pacific War and saved millions of American and Japanese lives. In this gripping narrative, Ham demonstrates convincingly that misunderstandings and nationalist fury on both sides led to the use of the bombs. Ham also gives powerful witness to its destruction through the eyes of eighty survivors, from twelve-year-olds forced to work in war factories to wives and children who faced the holocaust alone.

Hiroshima Nagasaki presents the grisly unadorned truth about the bombings, blurred for so long by postwar propaganda, and transforms our understanding of one of the defining events of the twentieth century.


Praise For Hiroshima Nagasaki: The Real Story of the Atomic Bombings and Their Aftermath…

“Moral anger drives Mr. Ham… He shows us in agonizing detail that many were maimed or killed… Ordinary Japanese, Mr. Ham believes, were less emperor-worshiping fanatics than victims of an authoritarian elite that prolonged the war with no regard for their hardships.” —The Wall Street Journal Book Review

PAUL HAM is the author of the highly acclaimed Kokoda and the Australia correspondent of The Sunday Times of London. He was born and educated in Australia and lives in Sydney, having spent several years working in Britain as a journalist and publisher.
Loading...
or
Not Currently Available for Direct Purchase