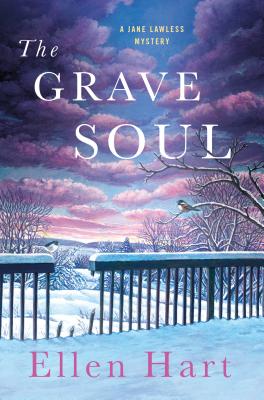 When Guthrie Hewitt calls on restaurateur and private investigator Jane Lawless, he doesn't know where else he can turn. Guthrie has fallen for a girl-Kira Adler. In fact, he was planning to propose to her on Christmas Eve. But his trip home with Kira over Thanksgiving made him uneasy. All her life, Kira has been haunted by a dream-a nightmare, really. In the dream, she witnesses her mother being murdered. She knows it can't be true because the dream doesn't line up with the facts of her mother's death. But after visiting Kira's home for the first time, and receiving a disturbing anonymous package in the mail, Guthrie starts to wonder if Kira's dream might hold more truth than she knows.

When Kira's called home again for a family meeting, Guthrie knows he needs Jane's help to figure out the truth, before the web of secrets Kira's family has been spinning all these years ensnares Kira too. And Jane's investigation will carry her deep into the center of a close-knit family that is not only fraying at the edges, but about to burst apart.

In The Grave Soul, MWA Grand Master Ellen Hart once again brings her intimate voice to the story of a family and the secrets that can build and destroy lives.

“Hart, the veteran crime writer, presents her central character, Jane Lawless, with such consistent and off-handed good humour that readers hardly notice the trails she and her character have blazed...The plot in the new book, gossipy and clever, features one cold case and another that's hot and scandalous.” —The Toronto Star

“The Old Deep and Dark does not disappoint: readers will be kept guessing and turning the pages until the very end.” —GLBT Reviews

“A good mystery engages our moral imaginations. Hart always has done this well through the diverse mix of gay and non-gay characters that populate her fictional world and the meaningful contemporary themes they confront...Taken by the Wind is an engrossing mystery with captivating characters you should meet.” —Minneapolis Star-Tribune

ELLEN HART, named the 2017 Mystery Writers of America’s Grandmaster, is the author of more than thirty mysteries. Entertainment Weekly has called her “a top novelist in the cultishly popular gay mystery genre.” She has won multiple Minnesota Book Awards, and has been nominated twenty-two times for the Lambda Literary Award, winning six. She lives in Minneapolis, Minnesota, with her partner of forty years.
Loading...
or
Not Currently Available for Direct Purchase