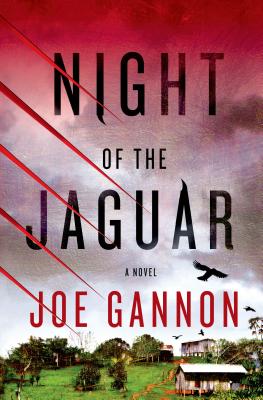 Night of the Jaguar

In Joe Gannon's debut novel, Night of the Jaguar, a former Sandinista guerrilla comandante turned cop investigates a series of murders that appear to be political executions.

Sandinista Police Captain Ajax Montoya is six days sober and losing his mind. How else to explain his nights waking in bed, his hand wrapped around that bloody-minded stiletto from the old days, or the presence outside his window, a face with no eyes watching him?

How far the heroic have fallen. Ajax was once the gallant comandante guerrillero. A hero of the Nicaraguan revolutionaries in their long uprising against the Ogre and his hated National Guard. Back then he'd been the guy who got the bloody missions -- as a lowly grunt with that blade, or the commander of an entire front. Back then he knew what was what and who to trust. But as the clarity of war gave way to the hazy reality of peace, Ajax fared less well. And after he took the fall for an assassination he had no part of, he tumbled into a bottle, and maybe out of his mind.

Now he's a homicide investigator in Managua solving murders and sweating through the nightmares from his guerilla days. When he's called to investigate a robbery turned gruesome murder, Ajax recognizes the marks of a surprising enemy - the CIA mercenary army known as The Contra. This isn't just a random murder; this is an execution, a call to war. Or is it? And why does no one want to know but Ajax? As the bodies pile up and a red-headed gringa who should be his enemy enchants his thoughts, Ajax questions whether he can stay sober, sane, and alive long enough to figure it all out.


Praise For Night of the Jaguar: A Novel…

“Impressive…a lyric power once thought beyond the range of the genre. A beauty.” —Booklist (starred review)

“Night of the Jaguar is the real deal--a tightly wound thriller that's politically charged, atmospheric, and haunting. Gannon's story of a man on the verge and a country on the edge of war is a gripping ride from the get go, a fast paced crime story and a delicious fever dream rolled into one.” —Ivy Pochoda, author of Visitation Street

JOE GANNON, writer and spoken word artist, was a freelance journalist in Nicaragua during the Sandinista Revolution, writing for The Christian Science Monitor, The Toronto Globe and Mail, and the San Francisco Examiner. He spent three years in the army, graduated from the University of Massachusetts at Amherst, and did his MFA at Pine Manor College.  Night of the Jaguar is his debut novel.
Loading...
or
Not Currently Available for Direct Purchase